Mesquite Cutting Propagation : Can You Grow Mesquite From Cuttings 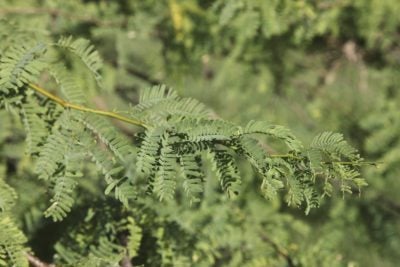 One of the more recognizable southwestern U.S. plants is the mesquite. These adaptable, hardy bushes to small trees are a haven for many animals and wild birds in their native habitat, with a wide history as a food and medicine source for humans. The plants make attractive, lacy-leaved garden specimens with extreme tolerance and an airy, open canopy. Can you grow mesquite from cuttings? Absolutely. You will just need a little info on how to root mesquite cuttings and when and where to harvest your material.

Can You Grow Mesquite Trees from Cuttings?

Mesquite trees can be propagated through seeds, grafts, or cuttings. Germination of seed is variable and requires special treatments. Grafts are the industry’s choice for speedy, true to parent plants. However, growing mesquite trees from cuttings may be easier and quicker.

A study by Peter Felker and Peter R. Clark found that mesquite seed is self-incompatible and can result in genetic variability as high as 70 percent. Cloning through vegetative means provides a better option with a higher chance of parental traits. Genetic variations can increase the diversity among wild mesquite stands, reducing the original population and creating plants that are much less hardy than the parent.

Mesquite cutting propagation is the recommended method to ensure the least genetic diversity. Experts state that growing mesquite trees from cuttings can be difficult and that grafting is a smarter choice, but if you have the plant and the time, why not try?

How to Root Mesquite Cuttings

Rooting hormone has proved to be invaluable in rooting mesquite cuttings. Choose juvenile wood or soft wood that is from the current year. Remove a terminal stem that has two growth nodes and is cut just to where brown wood is encountered.

Dip the cut end in a rooting hormone and shake off any excess. Fill a container with a mixture of sand and peat moss that has been moistened. Make a hole in the mixture and insert the hormone treated end of the cutting, filling in around it with the peat/sand mix.

Cover the container with a plastic bag and place the container in a warm area of at least 60 degrees F. (16 C.). Higher temperatures are reported to enhance rooting mesquite cuttings.

Provide bright indirect light for the cuttings during rooting. Keep the medium evenly moist but not soggy. Remove the plastic cover every day for an hour to release excess moisture and prevent the cutting from molding or rotting.

Once new leaves have formed, the cutting has rooted and will be ready for transplant. Do not let cuttings dry out during reestablishment but do let the top of the soil dry between watering.

Once plants have been in their new container or area of the garden, baby them a bit for the first year as they establish fully and mature. After a year, you can treat the new mesquite plant as you would a seed grown plant.