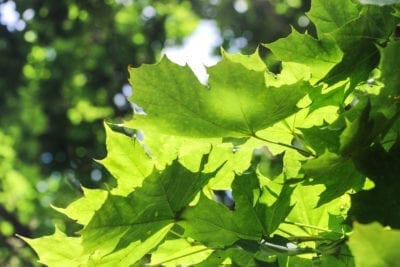 What comes to mind when you think of a plane tree? Gardeners in Europe might conjure images of the London plane trees that line city streets, while Americans might think of the species they know better as sycamore. The purpose of this article is to clear up the differences among the many types of plane tree. Keep reading to learn more about the different plane tree varieties you might come across.

How Many Different Plane Trees are There?

“Plane tree” is the name given to any of the six to ten species (opinions vary on the exact number) in the genus Platanus, the only genus in the family Platanaceae. Platanus is an ancient genus of flowering trees, with fossils confirming it to be at least 100 million years old.

Platanus kerrii is native to East Asia, and Platanus orientalis (oriental plane tree) is native to western Asia and southern Europe. The remaining species are all native to North America, including:

The best known is probably Platanus occidentalis, more commonly referred to as the American sycamore. One defining characteristic shared among all the species is inflexible bark that breaks and breaks away as the tree grows, resulting in a mottled, peeling appearance.

Are There Other Types of Plane Tree?

To make understanding the different plane trees even more confusing, the London plane tree (Platanus × acerifolia) that’s so popular in European cities is actually a hybrid, a cross between Platanus orientalis and Platanus occidentalis.

This hybrid has been around for centuries and is often difficult to distinguish from its parent the American sycamore. There are a few key differences, however. American sycamores grow to a much larger mature height, produce individual fruits, and have less pronounced lobes on their leaves. Planes, on the other hand, stay smaller, produce fruits in pairs, and have more pronounced leaf lobes.

Within each species and hybrid, there are also numerous plane tree cultivars. Some popular ones include:

Printer Friendly Version
Read more about Plane Tree
<Previous
Did you find this helpful? Share it with your friends!
FacebookTweetPinEmail
Related Articles
Newest Articles
You might also like…
Additional Help & Information