Getting Rid Of Puncturevine Weeds 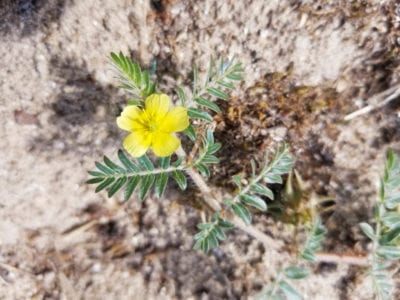 Native to Europe and Asia, puncturevine weed (Tribulus terrestris) is a mean, nasty plant that creates havoc wherever it grows. Keep reading to learn about puncturevine control.

This low-growing, carpet-forming plant is considered a noxious weed in several states, including Nevada, Oregon, Washington, California, Colorado and Idaho.

What makes puncturevine weed so vicious? This plant produces spiny seed burs that are sharp enough to cause severe pain to feet and hooves. They are sturdy enough to puncture rubber or leather, which means they can poke through shoe soles or bike tires. The spiny burs are harmful to agricultural crops, such as wool and hay, and they can damage the mouths and digestive tracts of livestock.

It’s easy to understand why getting rid of puncturevine is a high priority.

How to Kill Puncturevine

Small infestations of puncturevine aren’t difficult to pull when the plant is young and the soil is moist, but you’ll need a shovel and a lot of elbow grease if the soil is dry and compacted (puncturevine weed loves hard soil.) The key to success is to pull puncturevine before the burs begin to form.

If you’re a little late and you notice little green burs, act quickly and pull the weeds before the burs turn brown and dry because the seed will soon be released onto the soil. Mowing this ground-hugging plant isn’t an option.

You can also hoe or till the surface of the soil, but penetrating the ground more than an inch will only bring buried seeds to the top where they can germinate. You’re bound to stimulate growth of new weeds in spite of your best efforts, but this isn’t necessarily a bad thing. Just be persistent and, in time, you’ll gain the upper hand on those seeds stored in the soil.

Seeds will continue to sprout throughout the summer, so plan on pulling or hoeing every three weeks.

The best way to attain puncturevine control in lawns is to keep your lawn green and lush, as a healthy stand of grass will choke out the weeds. Feed and water your lawn as usual, but keep in mind that watering will encourage puncturevine to sprout like crazy. This may seem counterintuitive, but the faster you deal with all the seeds buried in the soil, the sooner you can ultimately gain the upper hand.

Keep a close watch and pull the vine from your lawn while the seedlings are small. Continue every three weeks all summer.

If the vine is out of control, you can spray the weeds with 2,4-D, which will kill the weed but spare your lawn. Keep in mind, however, that 2,4-D spray will kill any ornamental plants it touches. If you decide to go this route, read the label carefully and follow the directions to the letter.