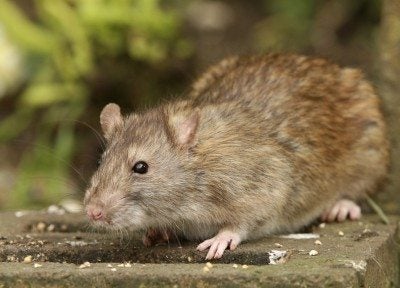 Urban gardeners battle the same set of pests and diseases that rural gardeners do with one wily addition. Finding rats in a city garden is an unpleasant but darn near guaranteed fact. What kind of rat control can be practiced in city gardens to deal with the urban garden rat problem? Read on to find out.

I live in a large city, albeit in a suburb. The suburb is a microcosm of the city and, as such, is a reflection of the inner-city problems. So, yes, we get rats. We also have nearby greenbelts that are home to coyotes and streams home to river otters, but I digress. We are talking rats. Given that urban gardening and rats go hand in hand, what steps can be taken to prevent infestation or control rats?

Rats are attracted to city gardens due to their hospitable habitats – food, water, and shelter are all in abundance. They are omnivores that will eat almost anything. They can decimate your fruits and veggies, but they also need protein. Enter the compost pile and/or garbage. If you include meats, grains, or oils and other fats in the compost pile, it’s like a dinner bell to every rat within sniffing distance.

Also, garbage, even if it’s bagged, screams “eat me” to those same rats. Then there are people who leave food out for other animals whether it is their own pets, urban chickens, feral cats, whatever, and this is a huge “no-no.”

Oh, and another good reason to clean up after walking the dog, rats like not only Fido’s food, but Fido’s food after it has been eaten. Yep, poop.

Given that an urban garden is a veritable smorgasbord for rats, what can you do to combat them? The first step in control is prevention.

Make sure there is no standing water and that drains are fitted with proper covers. If you use a bird feeder in the yard, be sure to clean up under it daily. Don’t leave any food out whether for feral cats or your own pets. Also, immediately clean up spills of food (and excrement) from other pets, such as rabbits and chickens. Put their cages raised up from the ground by at least 8 inches (20 cm.) so you can easily clean beneath them.

You can also deter rats in a city garden by securing garbage in bins with tightly shutting lids. Be sure that your neighbors do the same. Refrain from putting protein and fats into the compost and, if possible, use a secure composting unit.

Be sure that any outbuildings are maintained. Repair any gaps around the floor. A rat can gain entry with just a bit over ½ inch (1 cm.) of space! Keep the garden from becoming overgrown, which provides shelter for rats. Don’t leave refuse lying around in the alley or sheds, such as that old couch you have been meaning to take to the dump, as it looks pretty cozy to a rat.

Urban gardening and rats need not be synonymous; however, it’s more than likely you will see some of them. So, what do you do then? First of all, just because you see gnawed on veggies does not mean you have rats. Could be a squirrel, opossum, or raccoon. Look for proof of rat presence such as burrow holes, smudge marks, gnaw marks, pathways, and droppings.

Getting rid of Rats in a City Garden

If you are certain rats are an issue, you should hire a pest control specialist. This can be expensive but is the safest way to deal with the problem. Be sure they are licensed and certified.

If you are short on cash, you can try to deal with the situation yourself. Snap traps work but should be installed in boxes to prevent other animals or kids from harming themselves. Check these daily and reset them.

Do not use poison dusts, which are illegal and highly toxic to anything that encounters them. There are any number of purported methods for getting rid of rats, including some sonic devices. They don’t work and are a waste of money – nor do some of the urban cures for ridding an area of rats.

The best method for ridding the garden of rats, short of a professional exterminator, is to follow all the steps above. Doing so will eliminate the food, water, and shelter the rats need to set up housekeeping in your garden.