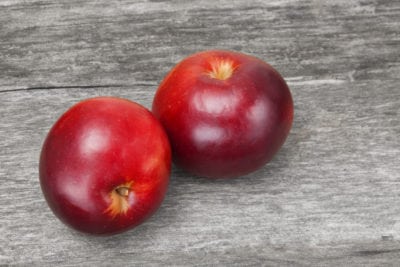 In the late 19th to early 20th century, getting a new spring garden seed catalog was just as exciting as it is today. In those days, many families relied on the home garden or farm to provide them with most of their edibles.

Buying, selling and trading different varieties of edible seeds became popular, allowing gardeners’ access to different varieties of their favorite fruits and veggies. Edibles that had been limited to certain regions suddenly became available all over. One such heirloom fruit tree that was popular is the Arkansas Black apple. What is an Arkansas Black apple tree? Continue reading for the answer.

What is an Arkansas Black Apple Tree?

In the late 1800s, a sudden boom in apple orchards in the Ozark regions introduced the entire country to different varieties of apples that had previously just been regional favorites. The Arkansas Black apple was amongst these unique apple varieties. Believed to be a natural offspring of the Winesap apple, the Arkansas Black was discovered in Benton County, Arkansas. It enjoyed a brief popularity in the late 19th century because of its dark red to black colored fruits and long storage life.

Arkansas Black apple trees are compact, spur-bearing apple trees hardy in zones 4-8. At maturity they reach approximately 12-15 feet (3.6 to 4.5 m.) tall and wide. When grown from seed, Arkansas Black apples begin to produce fruit in about five years. The fruit set and quality improves with maturity, eventually causing the tree to produce an abundance of large, softball sized deep red to black apples.

The taste of Arkansas Black apples also improves with age. When picked and tasted immediately at harvest (in October), the fruit of Arkansas Black apple trees is extremely hard and unflavored. For this reason, the apples were stored in straw-lined pits for several months, typically until at December or January.

At this point, the fruit becomes softer for fresh eating or use in recipes, and it also develops a rich, sweet flavor in storage. Like its parent plant, the Winesap, the sweet flesh of Arkansas Black apples will retain its crisp texture even after months of storage. Today, Arkansas Black apples are usually kept in the refrigerator for at least 30 days before they are eaten or used. They can keep up to 8 months. They are reported to have an excellent natural cider flavor and are a favorite for apple pies or homemade hard cider.

The care of Arkansas Black apples is no different than caring for any apple tree. However, when growing these apples, you will need another nearby apple or crabapple tree for cross pollination. Arkansas Black apples themselves produce sterile pollen and cannot be relied upon as a pollinator for other fruit trees.