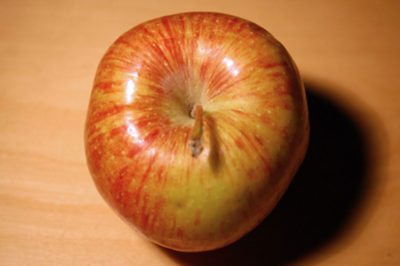 There are so many varieties of apples to grow, it can seem almost impossible to pick the right one. The least you can do is get yourself acquainted with some of the varieties that are offered so you can have a good sense of what you’re getting into. One very popular and beloved variety is the Cameo, an apple that came into the world purely by chance. Keep reading to learn more about how to grow Cameo apples and Cameo apple tree care.

What is a Cameo apple? While most commercially available apples are the product of rigorous cross breeding by scientists, Cameo apple trees stand out because they came into existence all on their own. The variety was first discovered in 1987 in an orchard in Dryden, Washington, as a volunteer sapling that sprang up on its own.

While the tree’s exact parentage is unknown, it was found in a grove of Red Delicious trees near a grove of Golden Delicious and is thought to be a natural cross pollination of the two. The fruits themselves have a yellow to green base under bright red striping.

They are medium to large in size and have a nice, uniform, slightly elongated shape. The flesh inside is white and crisp with a good, sweet to tart flavor that is excellent for fresh eating.

How to Grow Cameo Apples

Growing Cameo apples is relatively easy and very rewarding. The trees have a long harvest period starting in mid-autumn, and the fruits store well and stay good for 3 to 5 months.

The trees are not self-fertile, and they are very susceptible to cedar apple rust. If you grow Cameo apple trees in an area where cedar apple rust is a known problem, you should take preventative measures against the disease before symptoms appear.