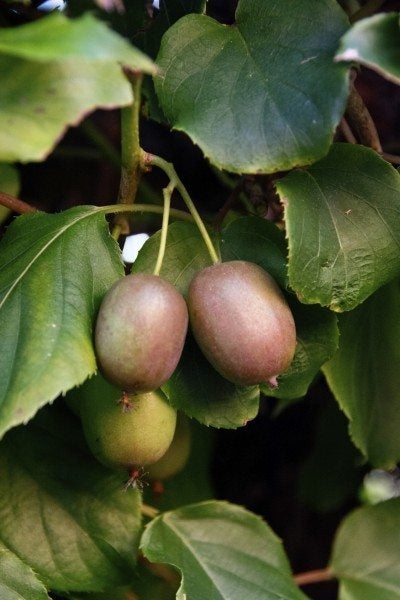 If you love kiwi fruit and would like to grow your own, the good news is that there is a variety for almost every climate. Before you plant your kiwi vine, there are a number of things to consider such as kiwi plant spacing, where to plant male/female kiwis, and the number of male kiwis per females. Also, what is the relationship between male/female kiwis? Are female kiwis toxic to male plants?

Where to Plant Male/Female Kiwis

Okay, let’s address the question, “Are female kiwis toxic to male plants?”. No more toxic than my boyfriend can be to me sometimes; I guess the word would be irritating. The female, in fact, needs the male to fruit. The male’s only job is to produce pollen and lots of it. That said, the number of male kiwis per female needed for fruit production is one male to every eight females.

Of course, you need to identify which is a male kiwi and which is a female. If the vine is in bloom, there can be no doubt. The male blossoms will be almost entirely composed of pollen-laden anthers while the female blooms will have a bright white center– the ovaries.

If you haven’t yet bought your vines or you are looking for a male to pollinate a female, the gender of the plants is tagged at the nursery. Look for ‘Mateua,’ ‘Tomori,’ and ‘Chico Male’ if you want male vines. Female varieties include ‘Abbot,’ ‘Bruno,’ ‘Hayward,’ ‘Monty,’ and ‘Vincent.’

Select a site that is protected from cold winter winds. Set the vines in the spring in loose soil amended with plenty of compost and a time-release organic fertilizer.