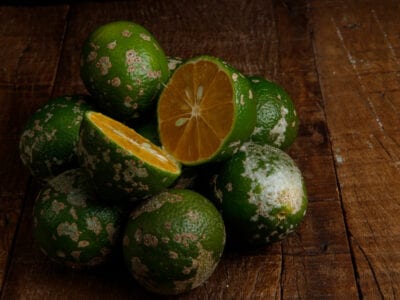 Love the flavor of marmalade on your morning toast? Some of the best marmalade is made from the Rangpur lime tree, a lemon and mandarin orange hybrid grown in India (in the Rangpur region) along the base of the Himalayan mountain range from Gurhwal to Khasia Hills. Let’s learn more about Mandarin limes (also known as Rangpur lime in the U.S.) and where to grow mandarin lime trees.

Where to Grow Mandarin Lime Trees

The Mandarin lime tree (Citrus x limonia) is also grown variously in other countries of temperate climate, such as Brazil where it is known as limao crayon, southern China as the Canton lemon, hime lemon in Japan, Japanche citroen in Indonesia and Kona lime in Hawaii. Any region with a temperate climate and well-draining soil, including areas of Florida, is where to grow mandarin lime trees.

Growing mandarin limes appear on medium sized citrus trees akin to tangerines. Mandarin lime trees have a spreading drooping habit with dull green foliage that can attain heights of 20 feet (6 m.). Some cultivars of the Mandarin lime tree are thorny, with all having smallish fruit of orange to reddish color, pitted loose skin and an oily, limey flavored juice.

As the Mandarin lime tree is produced from the seeds of its fruit, there are only a few related cultivars; Kusaie lime and Otaheite Rangpur lime are most closely related, the latter being a thorn-less dwarf variety commonly found potted during the Christmas season in the United States.

Other information about Mandarin limes includes their limited drought tolerance, need for well draining soil, dislike of overwatering, and salt tolerance. The Mandarin lime tree can be grown in high altitudes and will do fine in these cooler temperatures, provided there are sufficient nutrients and rainfall.

Featuring eight to 10 segments in the slightly hollow but intensely tart juicy fruit, mandarin lime care requires the conditions mentioned above as well as ample spacing between trees.

Mandarin lime care extends to the planting of the tree in a container where it will thrive even when root bound, wherein it will become a dwarfed version of itself.

Mandarin lime care with respect to soil is fairly tolerant. Mandarin lime trees do well in a higher soil pH than many other varieties of citrus.

Young Mandarin lime trees should be pruned to create structure and shape for maximum air and light circulation to promote fruiting, which occurs on the second year’s growth. Continue to prune to maintain a manageable height of 6-8 feet (1.8-2.4 m.) and remove deadwood.

Growing mandarin limes are susceptible to the citrus leaf miner, which can be controlled by introducing a parasitic wasp. In addition, ladybugs, fire ants, lacewing, flower bug or spiders may help check their progression.

Finally, the Mandarin lime tree may get foot rot or root rot and, hence, good soil drainage is extremely important.