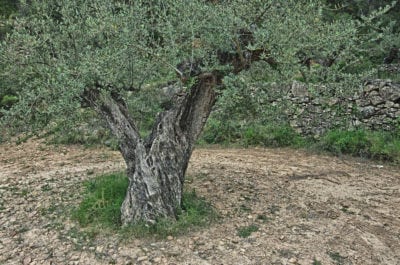 Is your olive tree looking scorched and not thriving as it should? Perhaps, Xylella disease is to blame. What is Xylella? Xylella (Xylella fastidiosa) is a bacterial pest that causes a number of harmful plant diseases. So far, it is known to affect hundreds of different plants and trees in temperate climates around the world.

Olive tree Xylella disease has wreaked havoc on the olive industry. The growing problem of Xylella and a resulting disease known as Olive Quick Decline (OQD) has been catastrophic in Italy and other countries in southern Europe, where it has wiped out many ancient olive groves.

The Xylella bacterium is native to the United States, where it has created problems in the southeastern states and California, particularly in riparian areas.

Xyella, which is spread by sap-sucking insects, affects the olive tree’s ability to absorb water and nutrients. The glassy-winged sharpshooter, a large insect native to the southeastern United States, has been identified as a major carrier, as well as cicadas and a type of spittlebug known as meadow froghopper.

Symptoms of Olive Tree with Xylella

Olive Tree Quick Decline begins with rapid dieback of branches and twigs, also known as “flagging.” Symptoms of an olive tree with Xylella typically begin in the upper branches and spread throughout the crown within a month or two. As a result, the tree takes on a scorched appearance.

Additionally, an olive tree with Xylella usually displays desiccated fruit and an over-abundance of suckers.

Olive tree Xylella disease is feared by olive growers around the world. So far, there is no cure for Olive Quick Decline, although controlling sap-sucking insects and rapid removal of infected plants may help slow the spread.

Control of weeds and careful mowing of grasses can limit plants that host sap-sucking insects. It’s also important to encourage natural predators such as parasitic wasps and dragonflies.

Printer Friendly Version
Read more about Olive Trees
<PreviousNext>
Did you find this helpful? Share it with your friends!
FacebookTweetPinEmail
Related Articles
Newest Articles
You might also like…
Additional Help & Information