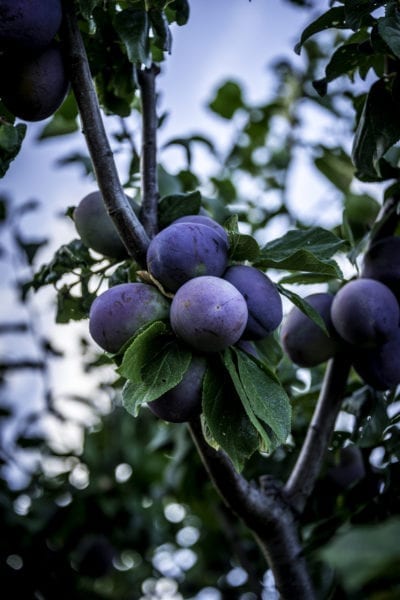 Plums come in three distinct types: European, Japanese, and American species. What is a European plum? European plum trees (Prunus domestica) are an ancient, domesticated species of fruit tree. These plum trees produce the best-known cultivated plums and the most widely distributed. Read on for more European plum facts and tips on European plum growing.

What is a European Plum?

So exactly what is a European plum? What does it look like and how does it taste? European plum trees produce plums with skins in a wide variety of colors – generally blue or maroon, although popular ‘Green Gage’ plums are green, while ‘Mirabelle’ plums are yellow. These plums are often canned or made into jams or jellies.

Most European plums are quite sweet but some are even sweeter. Prunes are one of the various types of European plums. They are plums that have a high enough sugar content to allow growers to dry the plums in the sun without fermenting.

According to European plum facts, these fruit trees are self-fertile. This means that they produce fruit even without a nearby plum tree of a different but compatible species. However, you may get better yields if you do have compatible European plum trees in the neighborhood.

When you are beginning European plum growing, remember to plant your trees in a sunny site. They need many hours of direct sun a day to fruit.

These trees do best in well-draining soil that holds moisture with a soil pH between 6.0 and 6.5. They can even thrive in heavy clay soils as long as the drainage is good.

Plant plum trees very early in winter. Space them some 18 to 22 feet (5.5-7 m.) apart to allow for mature size. Don’t toss in fertilizer at the time of planting, but wait at least six weeks after planting to fertilize.