Causes Of Yellow Or Brown Leaves on Watermelon Plants 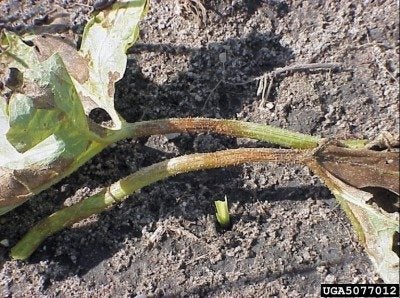 There’s nothing as sweet as the flesh of the watermelon on a hot summer day, except of course, knowing what’s causing your yellowing or browning watermelon vine. After all, knowledge is power and the faster you can get to the bottom of your watermelon leaves turning brown or yellow, the sooner you can help it get back to the business of making melons.

Yellowing leaves on a watermelon plant can be signs of pretty serious problems that are hard to manage. When watermelon leaves turn yellow, you can eye these culprits:

Typically, brown leaves on watermelon plants will appear more as brown spots or areas of brown. If your plant has spotty, brown leaves, they may be suffering from one of these diseases: