Barley Grain Care Guide: Can You Grow Barley At Home 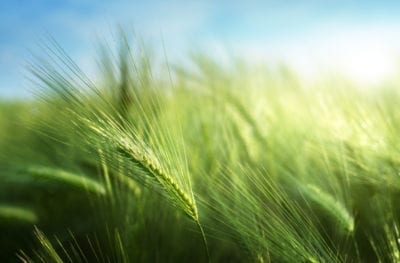 Barley is one of the ancient cereal crops that has been grown in many places in the world. It is not native to North America but can be cultivated here. The hull around the seeds is not very digestible but several hull-less varieties exist. Can you grow barley at home? The plant establishes well in cool, dry areas, but can be grown in hot, humid regions. The latter sites tend to be prone to fungal disease, however. It is really an adaptable grain and, once established, barley grain care is minimal.

Barley is a good cover crop but it is also an important malting ingredient and may be turned into flour. You don’t need acres of land to grow barley in the garden, but it may be hard to source small amounts of seed. It is a cool season grass that is also used as a feed for domesticated animals. Even if you are not a beer enthusiast, you can learn how to grow barley for bread, soups, and stews.

In North America, barley grows in cooler regions far better than most cereal grains. As a cover crop, it is seeded with legumes, but as a forage or food crop it is sown alone. You can plant barley in the garden or even in a container, although most pots won’t yield much grain.

The most important ingredient is well-draining soil. Next is seed selection. Depending upon your use for the grain, there are hulled, hull-less, and malting varieties. Most seed companies sell the seed by the bushel but a few have it in smaller quantities. Once you have seed, prepare the area by removing weeds and ensuring good drainage. A full sun location is best for maximum seed production.

How to Grow Barley at Home

According to barley plant information, the grass is quick growing in cool soils. You may choose from broadcast or direct seed planting. Broadcast seed doesn’t germinate as well and may be eaten by birds and animals. Direct soil contact is necessary for germination.

It is best to plant in manageable rows. Plant in early spring once soil is workable. Barley requires at least 90 days from seed to harvest, so the earlier it is planted, the better chance of ripened seed before freezing temperatures encroach. In warmer areas, plant in fall for a spring harvest. Keep the bed weed free and moderately moist.

To minimize the need for fungicides or other disease management strategies, select seed that has resistance to most major barley problems. Spring storms can be a problem in some sites. A large wind event can flatten a barley field. If you choose a slightly protected location that should prevent major crop loss.

The major pests of barley are aphids, grasshoppers, armyworms, and Hessian flies. Use appropriate organic control in food crops at the first sign of invasion.

Once seed heads have formed, turn brown, and are nodding, it is time to harvest. Wear long sleeves to protect your skin from the rough awls. Cut the grain to the base and tie into bundles. If necessary, dry the bundles further before threshing.

Growing barley is quite easy in most regions and can provide you with an interesting homegrown grain for a variety of uses.