Home Garden Barley – How To Grow Barley As A Cover Crop 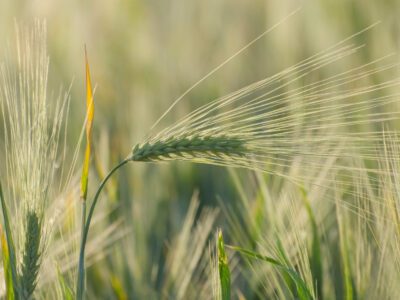 There are several options for the home gardener when choosing a cover crop, with the goal being to sow a grain or grass that won’t reseed itself and can be tilled under to enhance the nutritive value of the soil. Barley (Hordeum vulgare) as a cover crop is an excellent selection.

Planted in the spring, home garden barley has a short growth period and, as such, can be planted farther north than other grains. Growing barley also produces a greater biomass in a shorter time frame than other cereals.

How to Grow Barley as a Cover Crop

So, how to grow barley in the home garden? Barley as a cover crop in the home garden is an excellent choice as it is drought tolerant and can be grown in many different soil mediums. Home garden barley thrives in well drained loams and light clay to heavy soil, however, it won’t do well in waterlogged areas. Growing barley in salt laden soil also works well, in fact, it is the most tolerant of alkaline soils of any cereal grain.

There are many varieties of barley cover crops, so select one that works in your region. Many types are specifically adapted to high altitudes and a cold, short season of growth.

Prepare a seedbed by raking and hoeing ¾ to 2 inch (2-5 cm.) furrows in the garden. Broadcast whichever barley crop is best suited to your locale, sowing the first half of seeds in one direction then the other half perpendicularly. This method of sowing will give home garden barley the best coverage.

Growing barley does not self reseed very well, which is an advantageous trait for a cover crop. To postpone flowering and, therefore, reduce any chance of reseeding, home garden barley may be mowed.

Why Choose Growing Barley as a Cover Crop?

Overwintering with winter barley cover crops is an excellent option for protecting and enhancing garden soils until the spring planting season.