Seed And Chaff Separation – How To Separate Seed From Chaff 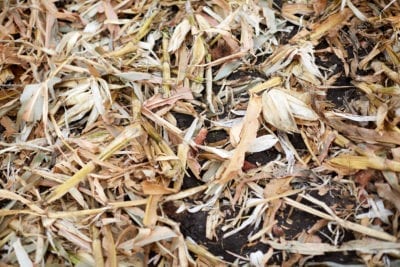 Have you heard of the phrase ‘separating the wheat from the chaff’? It’s likely that you didn’t give too much thought to the saying, but the origins of this adage are not only ancient but essential to harvesting cereal crops. Basically, it refers to separating seeds from chaff. What is chaff and why is seed and chaff separation important?

About Separating Seeds from Chaff

Before we get to the definition of chaff, a little background on the make-up of cereal crops such as wheat, rice, barley, oats, and others is helpful. Cereal crops are made up of the seed or the grain kernel that we eat and an inedible hull or husk surrounding it. Seed and chaff separation is imperative because in order to process and eat the grain kernel, the inedible hull needs to be removed. This is a two-step process involving threshing and winnowing.

Threshing means loosening the hull from the grain kernel while winnowing means to get rid of the hull. Winnowing can’t very well occur without threshing first, although some grains have a thin papery hull that is easily removed so little threshing is required. If this is the case, traditionally, farmers would just toss the grain into the air and allow the air current to blow the thin hulls, or chaff, away in the wind or to fall through the slats of the basket.

This wind assisted process of removing the chaff from the grain is called winnowing and the grains with little to no hull are called ‘naked’ grains. So, to answer the question of what is chaff, it is the inedible hull surrounding the grain.

How to Separate Seed from Chaff

Obviously, if you are growing naked grains, removing the chaff is as easy as described above. Keep in mind that this works best if there is a significant difference in the weight of the seeds and the chaff. A fan will also work to blow the chaff from the seeds. Before winnowing in this manner, lay a tarp on the ground. Place a cooking sheet on the tarp and then from a few feet (1 m.) up, pour the seed slowly onto the baking sheet. Repeat as necessary until all the chaff is gone.

Another method of separating the seed from the chaff is called “roll and fly.” It works best for round, ball-like seeds. Again, it uses moving air to clean the seeds but a fan, your breath, or a cool blow dryer work best. Lay out a tarp or sheet and put a flat box in the center. Put the seed and chaff on a cookie sheet and place the cookie sheet on the box. Turn a fan on so the air blows across it and lift the end of the cookie sheet so the seeds roll down. If need be, repeat until the chaff has blown off.

Sieves can also work to winnow the chaff from the seed. Stack the sieves with the largest at the top and the smallest underneath. Pour the seed and chaff mix into the upper sieve and shake it around into the smaller sieve. The smaller sieve should collect the seed while the chaff remains in the larger sieve.

There are certainly other methods for separating the seed from the chaff, none of them particularly complex. If, however, you have a larger crop of seed that needs to be winnowed, it might be helpful to have a friend or two to assist since the time to winnow in this manner can be time consuming.