What Is Allspice Pimenta: Learn About Using Allspice For Cooking 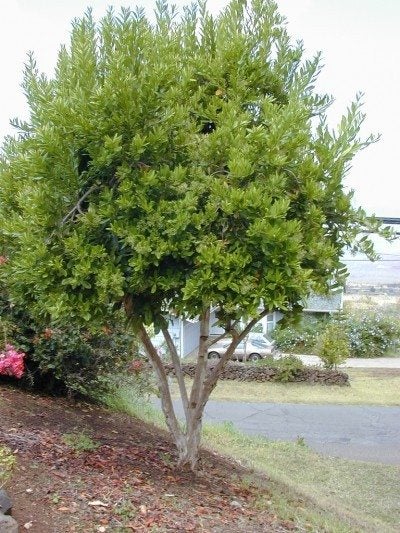 The name “Allspice” is indicative of the combination of cinnamon, nutmeg, juniper, and clove essence of the berries. With this all encompassing nomenclature, what is allspice pimenta?

What is Allspice Pimenta?

Allspice comes from the dried, green berries of Pimenta dioica. This member of the myrtle family (Myrtaceae) is found in the Central American countries of Guatemala, Mexico, and Honduras and was presumably brought there by migratory birds. It is indigenous to the Caribbean, specifically Jamaica, and was first identified around 1509 with its name being a derivative of the Spanish word “pimiento,” meaning pepper or peppercorn.

Historically, allspice was used to preserve meats, generally wild pig called “boucan” during the 17th century peak of pirating along the Spanish Main, leading to them to being labeled as “boucaneers,” today known as “buccaneers.”

Allspice pimenta is also known as “pimento” although it is not related to the red pimientos seen stuffed into green olives and swirling around in your martini. Nor is allspice a blend of spices as its name suggests, but rather a flavor of its own derived from the dried berries of the this medium sized myrtle.

Allspice is used for flavoring everything from liquor, baked goods, meat marinades, chewing gum, candies, and mincemeat to the intrinsic flavoring of a holiday favorite — eggnog. Allspice oleoresin is a natural mixture of the oils of this myrtle berry and resin often utilized in sausage making. Pickling spice is actually a combination of ground allspice pimenta and a dozen other spices. Allspice for cooking, however, may occur with either the powdered or whole berry form.

Allspice for cooking is procured from the drying of the tiny green berries of the female plant of allspice pimenta harvested along the “pimento walks,” then often dried and crushed until powdered and of a rich port wine hue. Whole dried berries of allspice pimenta may also be purchased and then ground just prior to use for maximum flavor. The ripe berries of this aromatic fruit are too gelatinous to use, so berries are picked prior to ripening and may then also be crushed to extract their potent oils.

Can You Grow Allspice?

With such an extensive repertoire of uses, growing allspice herbs sounds like a tempting prospect for the home gardener. The question then is, “Can you grow allspice herbs in one’s garden?”

As previously mentioned, this shiny leaved evergreen tree is found growing in the temperate climates of the West Indies, Caribbean, and Central America, so obviously a climate that most closely mimics those is most optimal for growing allspice herbs.

When removed and cultivated in areas with climates dissimilar to those above, the plant does not usually bear fruit, so can you grow allspice? Yes, but in most areas of North America, or Europe for that matter, allspice herbs will grow but fruiting will not occur. In areas of Hawaii where the weather is favorable, allspice has been naturalized after seeds were deposited from birds and can grow to heights of 10 to 60 feet (9-20 m.) tall.

If growing allspice pimenta in a climate that is not tropical to subtropical, allspice will do well in greenhouses or even as a houseplant, as it adapts well to container gardening. Keep in mind that allspice pimenta is dioecious, meaning it requires both a male and female plant to fruit.