Aniseed As A Spice – Learn How To Use Anise Plants 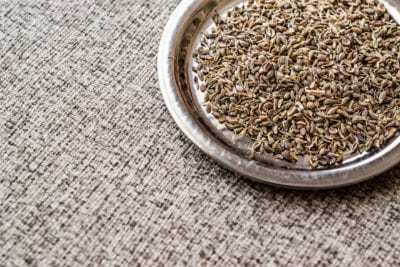 Anise is a tall, bushy annual with dense, feathery leaves and clusters of small, whitish flowers that eventually produce aniseeds. The seeds and leaves have a warm, distinctive, somewhat licorice-like flavor. This popular culinary herb is easy to grow by seed, but the question is, what to do with aniseed once it’s harvested? How do you use aniseed as a spice, and how about cooking with anise? Read on and learn a few of the many ways of using anise plants.

Anise plants can be harvested whenever the plants are large enough to cut. The tiny, aromatic seeds are ready for harvest about a month after the flowers bloom.

What to Do with Aniseed Plants in the Kitchen

Toasted anise seeds (aniseeds) are used to make spicy cookies, cakes, and various types of bread. They also make delicious syrups. The seeds are also incorporated into hot dishes, including cabbage and other cruciferous vegetables, baked or steamed root vegetables, and soups or stews.

Liquor flavored with aniseed is traditional throughout much of the Spanish-speaking world. In Mexico, anise is a primary ingredient in “atole de anis,” a hot chocolate drink.

Although the seeds are most commonly used in the kitchen, anise leaves add a touch of flavor to fresh tossed salads. They are also an attractive, flavorful garnish for a variety of dishes.

How to Use Anise Medicinally

Chew on a few anise seeds to alleviate bad breath. Reportedly, anise is also an effective remedy for intestinal gas and other gastrointestinal complaints.

Anise has been proven to improve symptoms of ulcers in rats but, as of yet, there have been no human studies.

Anise is also used as a remedy for a variety of conditions, including runny nose, menstrual discomfort, asthma, constipation, seizures, nicotine addiction, and insomnia.

Note: Before attempting the use of anise medicinally, contact a doctor or professional herbalist for advice.