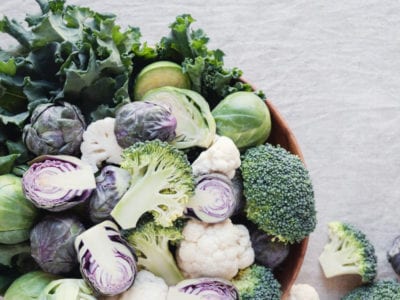 The cruciferous family of vegetables have generated a lot of interest in the health world due to their cancer fighting compounds. This leads many gardeners to wonder what cruciferous vegetables are and if they can grow them in their garden. Good news! You probably already grow at least one (and likely several) types of cruciferous veggies.

What are Cruciferous Vegetables?

In most cases, the leaves or flower buds of cruciferous vegetables are eaten, but there are a few where either the roots or seeds are also eaten.

Because these vegetables belong to the same family, they tend to be susceptible to the same diseases and pests. Cruciferous vegetable diseases can include:

Cruciferous vegetable pests can include: