Benefits Of Catnip – How To Use Catnip Herb Plants 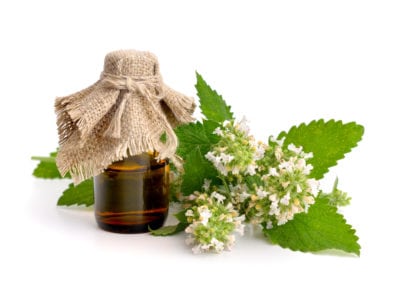 If you have a feline friend or two, you are no doubt familiar with catnip. Not every cat is interested in catnip, but those that are can’t seem to get enough of it. Kitty loves it, but what else can you do with catnip? Catnip herb plants have a history of herbal uses. So, what are the benefits of catnip and how do you use catnip? Read on to learn more.

What to Do with Catnip

Catnip herb plants are grey-green perennials from the mint or Lamiaceae family. They grow 2-3 feet (61-91.5 cm.) in height with fuzzy, heart-shaped, serrated leaves and are native to areas of the Mediterranean in Europe, Asia, and into Africa. Introduced by European settlers, the plants are now naturalized and grown throughout North America.

Catnip is most often cultivated for our pampered feline companions, or rather to entertain us while they play with it. Cats respond to the active compound called nepetalactone that is released from the plant when the animal rubs or chews on the fragrant leaves. Despite the fact that some cats eat catnip, the essential oil acts on their noses, not their mouths. So, while cultivating catnip for Fluffy is an entertaining use of the herb, are there other catnip herbal uses that we can enjoy?

How to Use Catnip Plants

Catnip has been used in traditional herbal medicine for centuries and was first mentioned in De Vivibus Herbarum in the 11th century. It was infused into a tea and used to calm and induce restful sleep. It was also used to treat stomach ailments, fevers, colds, and flu. It helps to soothe aches associated with fever when used in the bath.

While traditionally the major benefit of catnip is as a sedative, it also has strong insect repellent properties. In fact, catnip oil repels insects better than the synthetic repellent DEET but, unfortunately, catnip loses its effectiveness within a few hours.

All parts of catnip have been used in fold medicine with the exception of the roots, which have an over-stimulating effect. Much like some cats when they have had too much catnip, they can get rather aggressive.

Catnip can also be added into cooking to aid in digestion. It is also anti-fungal and a bactericide for Staphylococcus aureus, a common cause of food poisoning.

So, while catnip’s effects on humans isn’t the same as in cats, the plant certainly is a welcome addition to the home herb garden for its numerous remedies, especially as tea. Store it in an airtight container in the freezer to preserve its potency.