Cumin Plant Care: How Do You Grow Cumin Herbs 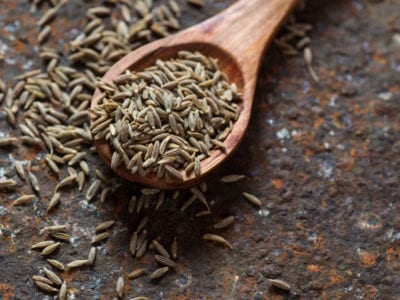 Cumin is native to the eastern Mediterranean through to East India. Cumin (Cuminum cyminum) is an annual flowering plant from the family Apiaceae, or parsley family, whose seeds are used in the cuisines of Mexico, Asia, the Mediterranean, and the Middle East. Beyond its culinary uses, what else is cumin used for and how do you grow cumin?

Cumin seeds are usually yellowish-brown in color, oblong in shape, resembling a caraway seed. They have been used since ancient Egyptian times. Cumin is referred to in the Bible and the ancient Greeks used the spice as a table-side condiment just as we use a salt shaker. Spanish and Portuguese colonists brought it to the New World. During medieval times, cumin purportedly kept chickens and lovers from wandering off. Brides of that time also carried cumin seeds during their wedding ceremonies as a symbol of their faithfulness.

Several different varieties of cumin exist with the most common being black and green cumin used in Persian cuisine. Cumin growing occurs not only for culinary purposes but is also cultivated for use in birdseed. As a result, cumin plants pop up in areas of the world not known for the plant.

What is Cumin Used For?

Ground cumin is an essential spice in curry powder and is found in Indian, Vietnamese, and Thai foods. Many Latino recipes call for the use of cumin; and in the United States, many a chili recipe includes cumin. In India, cumin is a traditional ingredient in not only curry but kormas, masalas, soups, and other recipes. Cumin can even be found in some cheeses, like Leyden cheese, as well as some French breads.

Curry powder isn’t the only blend in which cumin is found: achiote, chili powder, adobos, sofrito, garam masala, and bahaarat all owe their distinct ethnic flavors partially to cumin. Cumin seed can be used whole or ground and even lends itself to some pastries and pickles. A mix of cumin, garlic, salt, and chili powder on grilled corn on the cob is delicious.

In some regions of the world, cumin is thought to aid in digestion. Ayuryedic medicinal practices incorporate the use of dried cumin seeds. Often processed with ghee (clarified butter), cumin may be applied externally or ingested to aid in appetite, digestion, vision, strength, fever, diarrhea, vomiting, edema, and even for breastfeeding parents to facilitate lactation.

How Do You Grow Cumin?

Cumin is sown in the spring from seed in rows 2 feet (60 cm) apart in fertile, well-draining soil or, in cooler climates, start seed indoors four weeks prior to the last spring frost. Sow shallowly, about ¼-inch (0.5 cm.) below the soil surface. Keep the seeds moist during germination. Transplant outdoors when temperatures routinely exceed 60 degrees F. (16 C.) or higher.

Cumin seed is harvested by hand after the bloom of the small white or pink flowers. Seeds are harvested when they brown — about 120 days – and are then dried and ground. The strong aroma and distinct flavor of cumin are due to its essential oils. Like all herbs, it is at its height in the morning and should be harvested at that time.