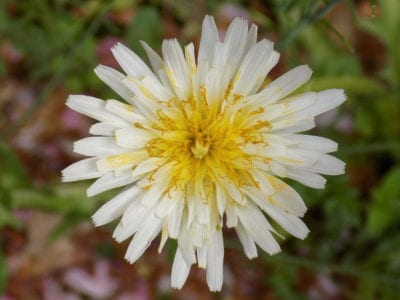 As most gardeners know, dandelions are hardy plants that grow from long, durable taproots. The hollow, leafless stalks, which ooze a milky substance if broken, extend from a rosette at ground level. Here are just a few examples of the many different varieties of dandelions.

The name “dandelion” comes from a French word, “dent-de-lion,” or lion’s tooth, which refers to the deeply serrated leaves. If you take a close look, you’ll notice that dandelion flowers actually consist of masses of tiny flowers, or florets. The blooms are an important source of nectar for bees, butterflies, and other pollinators.

More than 250 species of dandelions have been identified, and unless you’re a botanist, you may find it difficult to tell the difference between types of dandelion plants.

Here are some of the more common varieties of dandelion plants:

Printer Friendly Version
Read more about Dandelion
<PreviousNext>
Did you find this helpful? Share it with your friends!
FacebookTweetPinEmail
Related Articles
Newest Articles
You might also like…
Additional Help & Information