Can You Pick Wild Ginseng – Is Foraging For Ginseng Legal 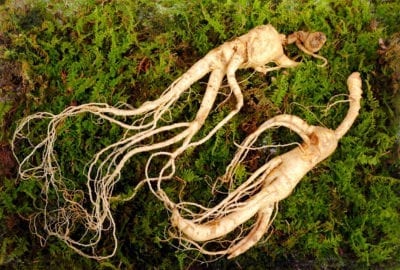 Ginseng is a hot commodity in Asia where it is used medicinally. It is believed to have numerous restorative powers along with being rich in antioxidants. Prices for ginseng are anything but modest; in fact, wild ginseng can go for up to $600 per pound. The price tag makes harvesting wild ginseng seem like a great way to feather one’s nest, but can you pick wild ginseng? The issue of foraging for ginseng is a bit more complex than it might seem.

About Foraging for Ginseng

American ginseng, Panax quinquefolius, is a native herb from the Aralia family. It can be found in cool, moist woodland areas throughout the eastern deciduous forests.

All of this means that harvesting wild ginseng takes time. As the roots are harvested, a significant amount of time needs to pass before another harvest of roots is ready. Plus, there’s the little problem of a lack of plants to keep growing for eight to ten years to produce sizable roots.

A collection season of September through December was established in 1985. This harvest season doesn’t mean that any wild ginseng may be harvested. The plants must have at least three compound or three-pronged leaves. The law also states that seed must be replanted into the site where the roots were harvested. Harvest is prohibited in state or national forests and parkland.

This law was enacted because the once burgeoning population of wild ginseng found in China had been eradicated due to overharvesting. Due to this, North America has become the primary source for wild ginseng since the early 1700’s.

Never harvest prior to contacting a broker or buyer unless, of course, the ginseng is for personal use with no intention to profit. These brokers need to meet certain stipulations in order to sell the product. Also, before harvesting, speak with someone from the Department of Conservation of Natural Resources. A license may also be necessary to sell wild ginseng.

How to Pick Wild Ginseng

Well, now that we have ascertained that you can pick wild ginseng provided the rules and regulations are followed, it only leaves the question of how to pick the roots. Picking wild ginseng is done with a garden fork. Dig around the plant and gently lift it from the ground. Be careful. The highest prices will go to undamaged roots.

After harvesting, wash the roots with a garden hose and then place them on screens to cure or dry. Don’t use a scrub brush, as you might damage the roots. There are many old school methods for drying ginseng, some include drying with heat. Don’t use these methods. Simply lay the roots on a screen in a dry area and allow them to dry naturally.