American Ginseng Harvesting: Is It Legal To Harvest Ginseng Roots 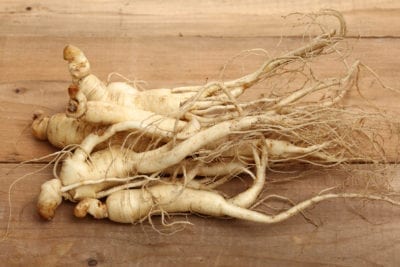 There are a lot of reasons you may consider harvesting wild American ginseng. Ginseng root can be sold for a good price, and it’s notoriously difficult to grow so harvesting it in the wild is common. But American ginseng harvesting is controversial and regulated by law. Know the rules before you go ginseng hunting.

American ginseng is a native North American plant that grows in eastern forests. Originally used by Native Americans, ginseng root has a number of medicinal uses. It is especially important in traditional Chinese medicine, and the majority of harvested roots in the U.S. are exported to China and Hong Kong. The U.S. Fish and Wildlife Service estimates that wild ginseng is a $27 million per year industry.

Very similar to Asian ginseng, American ginseng has been harvested and used medicinally for thousands of years. The roots have been studied by modern researchers, and there is evidence that they do have these benefits: reducing inflammation, improving brain function, treating erectile dysfunction, boosting the immune system, and reducing fatigue.

Is it Legal to Harvest Ginseng?

So, can you harvest ginseng on your property or public lands? It depends on where you live. There are 19 states that allow harvesting of wild ginseng for export: Alabama, Arkansas, Georgia, Illinois, Iowa, Indiana, Kentucky, Maryland, Minnesota, Missouri, New York, North Carolina, Ohio, Pennsylvania, Tennessee, Vermont, Virginia, West Virginia, and Wisconsin.

Other states allow you to harvest and export only ginseng that has been artificially propagated. These include Idaho, Maine, Michigan, and Washington. So, if you propagate ginseng in the woodlands on your property in these states, you can harvest and sell it.

Wild ginseng harvesting laws vary by state, but where allowed, the U.S. Fish and Wildlife Service has rules dictating how to do it:

American ginseng has been harvested and exported for hundreds of years, and, without regulations, it could disappear. If you are planning to grow or harvest wild American ginseng, know the rules in your location, and follow them so that this plant will continue to thrive in North American forests.