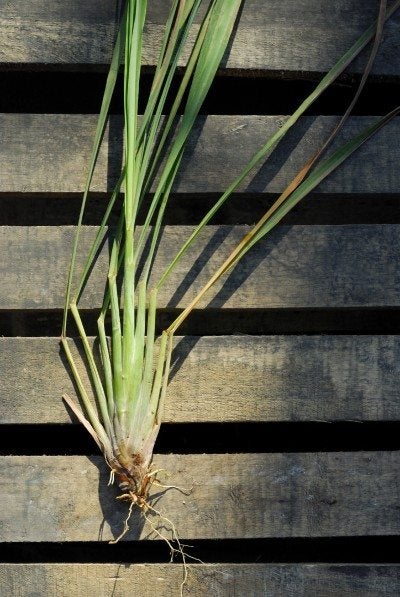 Lemongrass (Cymbopogon citratus) is a tender perennial that is grown either as an ornamental grass or for its culinary uses. Given that the plant is native to regions with long, hot growing seasons, you may be wondering, “is lemongrass winter hardy?” Read on to learn more.

The answer to this is that it really depends on what region you live in. As mentioned, the plant thrives during long, hot growing seasons and if you happen to live in an area with these conditions and very mild winters, you’ll undoubtedly continue growing lemongrass in winter months.

Temperatures must remain consistently over 40 degrees F. (4 C). That said, most of us will have to take some precautions when preparing lemongrass for winter.

Grown for its 2 to 3-foot (.6-1 m.) spiky leaves aromatic with the scent of lemon, lemongrass needs lots of growing space. A single clump will easily increase to a 2-foot (.6 m.) wide plant in a single growing season.

Growing lemongrass in winter is only possible when those months are extremely mild with little temperature fluctuation. When overwintering lemongrass in cool climates, it may be wise to grow the plant in containers. These can then be easily moved into a sheltered area during winter months.

Otherwise, to protect plants grown directly in the garden, lemongrass winter care should include dividing them prior to the onset of cold temps. Pot them and bring them inside to overwinter until the next season, when they can be replanted outside.

A delicate plant, lemongrass is easily propagated via stem cuttings or, as mentioned, divisions. In fact, lemongrass purchased from the produce section of the local grocery store can often be rooted.

Container plants should be potted in containers with adequate drainage holes and filled with a good quality prepared soil mix. When growing outside, place in an area of full sun and water as needed but take care not to overwater, which may lead to root rot. Fertilize lemongrass every two weeks with an all-purpose liquid food. Prior to the first frost, move the plants indoors to an area of bright light for lemongrass winter care. Continue to water as needed, but reduce fertilizer during these cool months until it’s time to take the plants outdoors again in the spring.

Harvest as much of the plant as possible for later use if you don’t have a suitable indoor space for growing lemongrass over winter. The leaves can be cut and used fresh or dried for future use while the most desirable tender white interior should be used fresh when its flavor is at its peak. The tough outer parts can be used to infuse lemon flavor to soups or teas, or can be dried to add aromatic scents to potpourri.

Fresh lemongrass can be kept in the refrigerator for 10 to 14 days wrapped in a damp paper towel or you may decide to freeze it. To freeze lemongrass, wash it, trim it and chop it up. Then it can be frozen right away in a resealable plastic bag, or freeze it first with a small amount of water in ice cube trays and then transfer to resealable plastic bags. Frozen lemongrass will keep for at least four to six months and allow you a longer window in which to use this delightful, delicious lemony addition.

Printer Friendly Version
Read more about Lemongrass
<PreviousNext>
Did you find this helpful? Share it with your friends!
FacebookTweetPinEmail
Related Articles
Newest Articles
You might also like…
Additional Help & Information