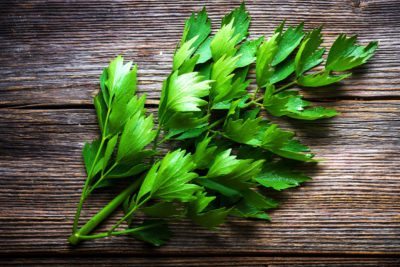 Lovage is an ancient herb steeped in history with a misnomer of a name that links it to its aphrodisiac powers. People have been harvesting lovage for centuries for not only culinary but medicinal uses. If you’re interested in picking lovage plants, read on to find out how to harvest and when to pick lovage leaves.

Lovage, sometimes referred to as “love parsley,” is indeed a member of the parsley family. The amorous nomenclature is in reference to its use as a love potion; in fact, the emperor Charlemagne decreed that lovage should be grown in all his gardens. That hopeless romantic!

The name ‘lovage’ is actually an alteration of its genus name Levisticum, which refers to the plant’s Ligurian origins. Lovage, like many other ancient herbs, hails from the Mediterranean.

Lovage has a myriad of uses. Chewing the leaves was said to sweeten the breath and American colonists chewed the roots much like we chew gum. It has been used to clear up rashes and infused into the bath to add fragrance. Medieval women wore bunches of lovage around their necks to ward off the unpleasant odors of the time.

With a flavor described as a combination of celery and parsley, lovage perks up the flavor of otherwise bland foods such as potatoes. A trace amount added to salads perks them up, as does lovage added to soups, vegetables, or fish. The addition of lovage also reduces the need for salt.

When to Pick Lovage Leaves

Although lovage doesn’t get included in Simon and Garfunkel’s herb garden of parsley, sage, rosemary, and thyme, it certainly has its place in history. This hardy, vigorous perennial can be used in many ways and the entirety of the plant is edible, although the leaves are of primary use.

This hardy perennial can grow up to 6 feet (2 m.) in height and is adorned with large, dark green leaves that resemble those of celery. In the summer, the herb blooms with large, flat yellow flowers. Harvest lovage herb after the first growing season.

How to Harvest Lovage

As mentioned, you may begin picking lovage after its first growing season. It is best harvested in the morning when its essential oils are at their peak. Don’t begin harvesting lovage until after the dew has dried and then do not wash the leaves or those essential, aromatic oils will be lost.

Lovage can be used fresh or stored frozen in sealed bags or dried. To dry lovage, tie cuttings in small bunches and hang them upside down in a dark, well aerated room. Store dried herbs in a sealed glass jar in a cool, dark area. Use dried lovage within a year.