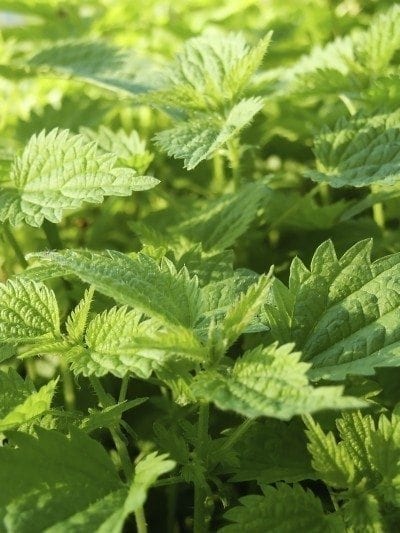 Most of us have heard or know of stinging nettle. It is common in yards and can become quite the nuisance. But for those unsure of what it is or how to get rid of it, information about stinging nettle and its control is especially important.

What is Stinging Nettle?

Stinging nettle is a member of the large family Urticaceae and is a decidedly unpleasant herbaceous perennial. As the name implies, stinging nettle has the capacity to irritate and blister when it comes into contact with skin. The most common variety (Urtica dioica procera) is native to North America, being prolific in California and other areas of the western United States, and is referred to by a number of common names for its two most widespread subspecies.

Stinging nettle thrives in damp, nutrient rich soils and can be found anywhere from pastures, orchards, overgrown yards, roadsides, stream banks, ditches and even at the edges of fields or wooded lots in partial shade. Stinging nettle is less likely to be found in the desert, elevations over 9,800 feet (3,000 m.) and in areas of salinity.

Controlling stinging nettle is a virtuous pursuit, due to its painful effect on human skin. The leaves and stems of stinging nettles are finely covered with thin bristles that lodge in the offended skin, leaving red patches that itch and burn — sometimes for up to 12 hours. These hairs have an internal structure much like a tiny hypodermic needle which plunges neurotransmitter chemicals, such as acetylcholine and histamine, under the skin, causing the reaction known as ‘irritant dermatitis.’

A full sized stinging nettle plant may be 3-10 feet (0.9-3 m.) tall, on occasion even reaching up to 20 feet (6 m.) in height. It has an angular stem branching outwards from the base. Both the stem and leaf surface have non-stinging and stinging hairs. This perennial weed blooms from March to September with insignificant whitish green flowers at the base of the leaf stalks and fruit that is tiny and egg shaped.

How to Kill Stinging Nettle Plants

Controlling stinging nettle can be a lesson in futility, as the plant is not only a prolific grower, but also springs from underground rhizomes and is easily propagated via wind-dispersed seeds. Tilling or cultivating an area that is heavily populated may spread the rhizomes, increasing the colony instead of getting rid of stinging nettle. Again, stinging nettle control is difficult, as these underground horizontal root stems can spread 5 feet (1.5 m.) or more in a season, continually re-growing from the rhizomes, even when broken apart.

So, you may wonder how to kill stinging nettle plants then? Stinging nettle may be removed by hand, taking care to protect the skin with gloves and other appropriate attire. Be sure to remove the underground rhizomes completely or the weed will continue to come back. Close mowing or “weed whacking” can retard growth as well.

Otherwise, when controlling stinging nettle, it may be necessary to resort to chemical herbicides such as isoxaben, oxadiazon, and oxyfluorfen, which are only available to licensed pesticide applicators.

Printer Friendly Version
Read more about Nettle
Next>
Did you find this helpful? Share it with your friends!
FacebookTweetPinEmail
Related Articles
Newest Articles
You might also like…
Additional Help & Information