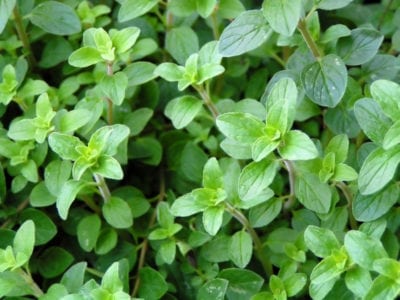 What is Greek Oregano?

Compared to other varieties of oregano, there really is nothing remarkable about Greek oregano from an ornamental viewpoint. It simply has hairy, dark green leaves with small white flowers. However, whatever aesthetic shortcomings this Mediterranean native may have, it compensates for in culinary value.

You may not be aware of this Greek oregano info, but while there are many varieties of oregano, Greek oregano is considered the “true oregano” and is typically the oregano that graces the standard supermarket spice rack. If you are curious about Greek oregano uses, it is savored for its strong aroma and spicy intense flavor and is prominently used in Greek, Italian, or Spanish cuisine in homemade pizzas, tomato sauces, soups, and more.

Greek oregano is also valued beyond the kitchen by those who consider it to have medicinal properties.

How to Grow Greek Oregano

Greek oregano, which grows up to 24 inches (61 cm.) tall and 18 inches (46 cm.) wide, can be grown from either seed, cuttings, or nursery plants. If faced with a choice between seed or cuttings, however, cuttings are preferable if you’re growing Greek oregano for culinary reasons.

Greek oregano often does not grow true to seed, meaning you will end up with oregano plants that are underwhelming in terms of aroma and flavor. If you root cuttings taken from quality plants, however, it will pack the flavor punch you would expect from Greek oregano. If growing Greek oregano as a groundcover or edger, growing from seed is a viable option. Greek oregano plants tend to get woody over time and after about five years the leaves tend to lose their flavor and texture.

Greek oregano (USDA planting zones 5-9) is a vigorous and hardy perennial that can thrive in dry soil and hot temperatures once established. As if you needed yet another reason to love this oregano, it’s bee-friendly and makes a great addition to a pollinator garden.

Plantings (seed or plants) should be spaced at least 12 inches (31 cm.) apart in well-draining, slightly alkaline soil in a location that receives full sun for optimum growth. The planting area for cuttings and nursery plants should be kept moist until the roots become established.

If planning to sow seeds, lightly press them into the top of the soil and do not cover as light is needed for germination. Keep the seeded area lightly moist. Seeds will germinate in about two weeks.

Greek oregano can really be harvested anytime once the plant reaches 6 inches (15 cm.) tall, but if you’re seeking the most intense flavor, you will want to harvest your oregano right before the blooms appear in midsummer. When harvesting, trim each stem back leaving four to six pairs of leaves. This will encourage new bushy growth. The fresh leaves can be used directly in your cooking, or you can hang cut stems to dry in a cool, dark, well-ventilated location and then store the dried leaves in sealed containers.