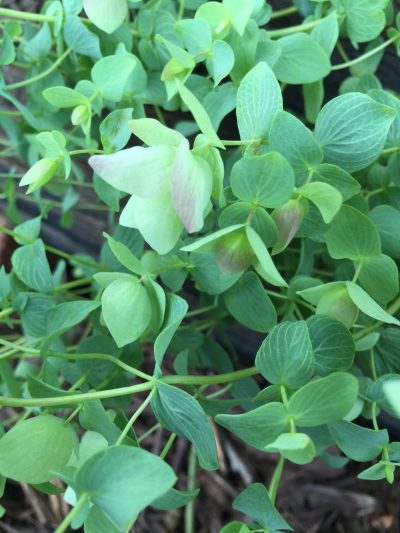 Herbs are one of the easiest plants to grow and provide pollinators a place to dine while livening up our dinners. Ornamental oregano plants bring all these attributes to the table as well as unique beauty and fun trailing form. The flavor isn’t as strong as the culinary variety but it has an unmatched appearance in its colorful bracts that develop in a host of pastel hues. What is ornamental oregano? It is a peacock of the herb family with many decorative uses.

What is Ornamental Oregano?

Many plants that are considered herbs have long-lasting greenery and bright jaunty flowers that are like a magnet to bees, moths, and other insects. Growing ornamental oregano provides a subtle oregano taste to food but is more often used for its unique appearance. Many of the forms are perfect for hanging baskets or as trailing accents in a rockery. They need little specialized care and are as hardy as their more common cousins.

Ornamental oregano is in the genus Origanum just like its less engaging oregano cousin that is more familiar to our spice cupboards. They are a group of disease and deer-resistant plants that thrive in a variety of soils and situations. The attribute most praised about this herb is its flowery bracts, which dangle appealingly from the stems in colors of soft pink, lavender, green, and burgundy.

Ornamental oregano plants may be upright or trailing and some have characteristic flowers but the varieties with whorled colored bracts and silvery blue foliage are most eye-catching. Ornamental oregano care is similar to care for any Mediterranean herb.

Growing Ornamental Oregano in the Garden

There are many varieties from which to choose if you want to try your hand at ornamental oregano.

Dittany of Crete and Kent Beauty boast tiny flowers but big, colorful bracts. The bracts overlap and look similar to crepe paper pinecone scales. Pilgrim is an upright form with rosy pink flowers while Amethyst Falls is another cascading plant with hot pink blooms and purple bracts. There are even some lime green forms and some with multicolored bracts.

Kent Beauty was the first available in the trade but several hybrids are now common in nursery centers. Once you get your hands on one, you’ll be hooked by their unique splendor and want to try many of the other forms.

How to Grow Ornamental Oregano

Most of the varieties are hardy to United States Department of Agriculture zones 4 or 5, except Dittany of Crete, which is only hardy to zone 7.

Choose a site with full sun for best flower and bract formation, although the plants will do fairly well in partial sun.

Soil should be well worked and have good drainage. Initial ornamental oregano care should feature regular watering with moderately moist soil but after the plant is established, it prefers a slightly dry environment.

Ornamental oregano is a perennial and will create a larger colony over time. In cooler regions, grow your oregano in a container and move it indoors when freezes are expected. Container plants benefit from some liquid fertilizer in spring but outdoor plants are generally fine with just a top dressing of compost.