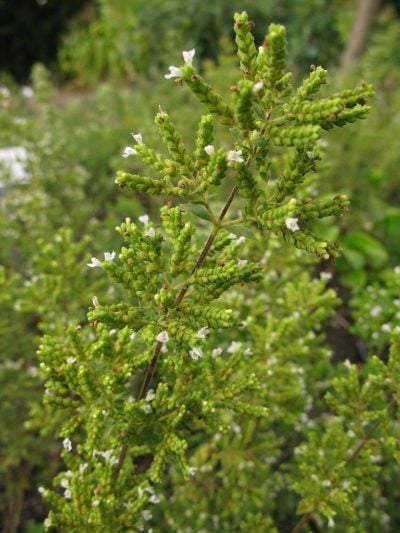 Growing Syrian oregano (Origanum syriacum) will add height and visual appeal to your garden, but will also give you a new and tasty herb to try. With a similar flavor to the more common Greek oregano, this variety of the herb is much bigger and more intense in taste.

What is Syrian Oregano?

Syrian oregano is a perennial herb, but not a hardy one. It grows well in zones 9 and 10 and won’t tolerate winter temperatures that are too cold. In colder climates, you can grow it as an annual. Other names for this herb include Lebanese oregano and Bible hyssop. What is most distinctive about Syrian oregano plants in the garden is that they are giants. They can grow up to 4 feet (1 m.) tall when in bloom.

Syrian oregano uses include any recipe in which you would use Greek oregano. It can also be used to make the Middle Eastern herb blend called Za’atar. Syrian oregano grows quickly and early in the season it will begin to produce soft, silver-green leaves that can be harvested right away and throughout the summer. The leaves can even be used after the plant blooms, but once it gets darker and woody, the leaves will not have the best flavor. If you let the herb bloom, it will attract pollinators.

How to Grow Syrian Oregano

Unlike Greek oregano, this type of oregano plant will grow straight up and will not creep and spread throughout a bed. This makes it a little easier to grow. Soil for Syrian oregano should be neutral or alkaline, very well drained, and sandy or gritty.

This herb will tolerate high temperatures and also drought. If you have the right conditions for it, growing Syrian oregano is easy.

To grow Syrian oregano, begin with seeds or transplants. With seeds, start them indoors six to eight weeks before the last expected frost. Transplants can be put in the ground after the last frost.

Trim back your oregano early to encourage more growth. You can try to grow this herb in containers that can be taken indoors for the winter, but they most often do not do well inside.