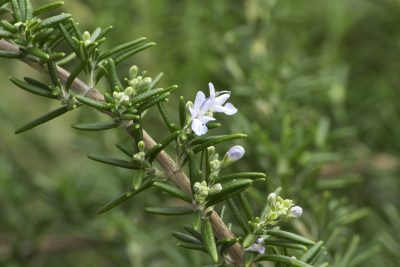 Are There Different Types of Rosemary Plants?

Rosemary (Rosmarinus officinalis) has a wonderful and lengthy history. It has been nurtured by cooks and treasured by apothecaries for centuries. Although native to the Mediterranean, rosemary has been cultivated for so long that natural hybrids have developed. So yes, there are different types of rosemary, but what types of rosemary are there?

Types of Rosemary to Grow

There are basically two types of rosemary, those that are upright shrubs and those that grow as ground covers. Beyond that things get a little more complex, especially since one variety may be sold under several different names.

In cold climates, rosemary wouldn’t survive the freezing temperatures and is more often grown in a pot that is moved inside for the winter. However, some varieties are more cold hardy than other types. In warm regions, rosemary thrives outside and may grow into tall shrubs. For example, upright rosemary plant varieties run the gamut from 6- to 7-feet (2 m.) tall to smaller ones reaching around 2-3 feet (0.5-1 m.) in height.

‘Joyce de Baggio’ also known as golden rain or golden rosemary, is indeed somewhat gold in color. Sometimes mistaken for a variegated plant, the leaf color actually changes with the seasons. Its leaves are bright yellow in the spring and fall and become a dark green during the summer.

Blue Boy rosemary is a slow-growing herb that works well in containers or as a border plant. The tiny leaves are edible; you just need a lot of them. Creeping rosemary does exactly what it sounds like it does, and makes a lovely scented ground cover.

Pine scented rosemary has wispy or feathery looking leaves. One of the creeping types of rosemary to grow, pink rosemary has small leaves and pale pink flowers that bloom in late winter. It can become a bit out of hand if not pruned frequently, but luckily this rosemary suffers no ill effects from pruning. ‘Santa Barbara’ is another trailing rosemary that is a vigorous grower that can reach lengths of 3 feet (1 m.) or more.

‘Spice Islands’ rosemary is a very flavorful herb that grows as an erect, four foot shrub that blossoms with dark blue flowers in the late winter and early spring.

Upright rosemary has wonderfully flavored leaves and dark blue flowers, while white rosemary, as its name suggests, blooms with a profusion of white flowers from mid-winter to late spring. It is also very aromatic and is a bee magnet.