Sesame Plant Seeds: What Is Sesame Used For 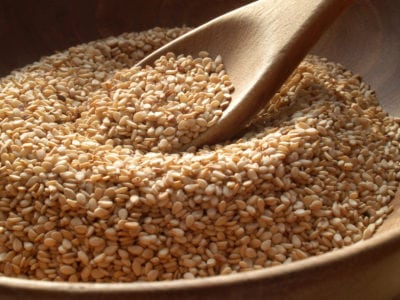 If all you know about sesame seeds is from eating sesame seed hamburger buns, then you’re missing out. Sesame plant seeds have numerous uses far beyond that burger. So what else can you do with sesame seeds? Read on to find out how to use sesame seeds at home and what sesame is used for around the world.

Sesame plant seeds (Sesamum indicum) have been cultivated by ancient cultures for 4,000 years. Many cultures utilized sesame seeds from Egypt to India to China. what is sesame used for? The seeds may be used as is, toasted, or pressed for their prized sesame oil and come in colors from white to black and red to yellow.

They have a distinct nutty flavor that’s packed with protein, calcium, antioxidants, dietary fiber, and monounsaturated fatty oils called oleics, which have been shown to lower LDL or “bad” cholesterol.

How to Use Sesame Plant Seeds

What to do with sesame seeds? Lots! There are a number of sesame plant uses, from dredging chicken to adding to salads, dressings, or marinades; adding to sweet treats, and sesame seeds can even be made into a milk substitute rather like almond milk.

Sesame seeds are used for so many things; it would be hard to list them all. If you’ve had hummus, then you’ve eaten sesame seeds. Hummus is made with tahini, ground sesame seeds, and is an essential ingredient in not only hummus but baba ghanoush.

How about sesame bagels? Many Asian cuisines sprinkle dishes with the seeds and/or use sesame oil in their cooking.

The simple ingredients of sesame and honey (sometimes peanuts are added) combine in a perfect harmony to form the Greek candy bar Pasteli. Another sweet treat, this time hailing from the Middle East and surrounding regions, is Halvah, a kind of soft, fudge-like candy that is made from ground sesame seeds and can only be described as scrumptious.

Sesame seeds have been cultivated for so long that their use is embedded in a multitude of cuisines, which means that the sesame seed novice is sure to find at least one, if not several, favorite uses for sesame seeds in the kitchen.