Yarrow Plant Uses – What Are The Benefits Of Yarrow 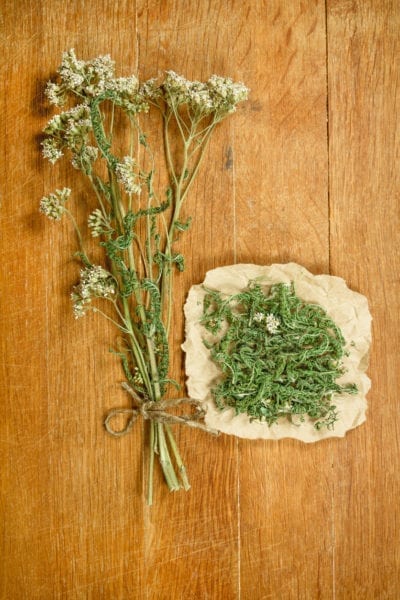 For centuries, yarrow has earned common names like soldier’s wound wort, old man’s pepper, staunch weed, field hops, herbe de St. Joseph, and knight’s milfoil for its many uses as an herb and spice. In fact, yarrow earned its genus name, Achillea, because in legend Achilles used the herb to stop the bleeding of his wounded soldiers.

Jesus was also said to have given Joseph yarrow to stop a wound from bleeding, and yarrow became one of the nine holy healing herbs that early Christian women bundled and passed out to the less fortunate. In early Christian days, a special soup was made with these nine herbs, including yarrow, to ward off evil spirits. In China, yarrow was believed to represent balanced yin and yang. Let’s learn more about the benefits of using herbal yarrow plants.

What are these amazing benefits of yarrow that has gained it such long lasting popularity, and how is yarrow good for? For starters, the edible aerial parts of yarrow plants contain Vitamins A and C, potassium, zinc, magnesium, calcium, phosphorus, and niacin. Ancient physicians weren’t concerned with daily nutrition values though.

They tried and tested yarrow and found it to staunch the bleeding of wounds or nosebleeds. They found that the robust aroma of yarrow tea cleared up nasal and sinus problems, and provided relief from congestion, allergies, coughs, and upset stomachs. They discovered that salves and balms made from yarrow reduced swelling and bruising, and helped heal skin problems.

For centuries, mankind has appreciated the healing benefits of yarrow. It is used as a natural cold and flu remedy, digestive aid, fever reducer, astringent, and anti-inflammatory. Mouthwash made with yarrow is used to treat tooth and gum problems. Shampoos, soaps, and other beauty products can be made with yarrow to promote a clean, healthy scalp and prevent hair loss.

In addition to the many yarrow benefits to our bodies, yarrow is also used to treat depression and emotional problems. It is generally regarded as a harmonizing and balancing herb plant.

Yarrow has also been used in food and beverages for centuries. Its scent and flavor can be described as similar to anise and tarragon. In medieval times, yarrow was a popular ingredient in beer, grut, and mead. It can be used as a substitute for hops and barley, or just added as a flavoring.

It was also used in cheese making, as it helps curdle milk and adds a complimentary flavor. A little yarrow can go a long way, as its scent and flavor can easily overpower dishes. Yarrow leaves and flowers can be dried and ground into a spice. The leaves and flowers can also be used fresh in salads, soups, stews, and other dishes as a leafy vegetable or garnish.

Yarrow is also good for the landscape and garden. It attracts an array of beneficial insects. The plant’s dense root structure is also an excellent soil binder for erosion control. As a companion plant, yarrow increases disease resistance in nearby plants, while also improving their flavor and scent. Added to the compost pile, yarrow speeds up decomposition and adds a punch of nutrients to the compost.

Yarrow is drought tolerant, but can also tolerate very wet seasons. In addition, the scent of yarrow repels deer and mosquitoes.

Printer Friendly Version
Read more about Yarrow
<Previous
Did you find this helpful? Share it with your friends!
FacebookTweetPinEmail
Related Articles
Newest Articles
You might also like…
Additional Help & Information