Pinon Nut Information – Where Do Pinon Nuts Come From 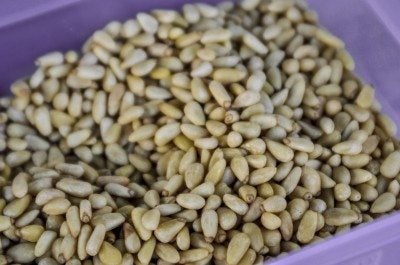 What are pinon nuts and where do pinon nuts come from? Pinon trees are small pine trees that grow in the warm climates of Arizona, New Mexico, Colorado, Nevada, and Utah, and are sometimes found as far north as Idaho. Native stands of pinon trees are often found growing alongside junipers. The nuts found in the cones of pinon trees are actually seeds, which are highly valued not only by people but by birds and other wildlife. Read on to learn more about pinon nut uses.

According to New Mexico State University Extension, the tiny, brown pinon nuts (pronounced pin-yon) saved early explorers from almost certain starvation. NMSU also notes that pinon was critical to Native Americans, who used all parts of the tree. The nuts were a major food source and the wood was used for building hogans or burned in healing ceremonies.

Many area residents continue to use pinon nuts in very traditional ways. For example, some families grind the nuts into a paste with a mortar and pestle, then bake them into empanadas. The nuts, which also make flavorful, nutritious snacks, are found in many specialty shops, often during the autumn months.

Are Pine Nuts and Pinon Nuts the Same?

No, not quite. Although the word “pinon” is derived from the Spanish expression for pine nut, pinon nuts grow only on pinon trees. Although all pine trees produce edible seeds, the mild flavor of the pinon nut is far superior. Additionally, pine nuts from most pine trees are so small that most people agree they aren’t worth the effort involved in gathering the nuts.

Be patient if you want to try gathering pinon nuts, as pinon trees produce seeds only once every four to seven years, depending on rainfall. Mid-summer is usually prime time for pinon nut harvest.

If you want to harvest pinon nuts for commercial purposes, you’ll need a permit to harvest from trees on public lands. However, if you’re gathering pinon nuts for your own use, you can gather a reasonable amount – usually considered to be no more than 25 pounds (11.3 kg.). However, it’s a good idea to check with the local office of the BLM (Bureau of Land Management) before you harvest.

Wear sturdy gloves to protect your hands and wear a hat to keep the sticky pitch from getting in your hair. If you get pitch on your hands, remove it with cooking oil.

You can pick the pine cones with a ladder or you can spread a tarp on the ground under the tree, and then gently shake the branches to loosen the cones so you can pick them up. Work carefully and never break the branches, as harming the tree is unnecessary and decreases the tree’s future production capabilities.