What Is Asparagus Rust: Tips On Treating Rust In Asparagus Plants 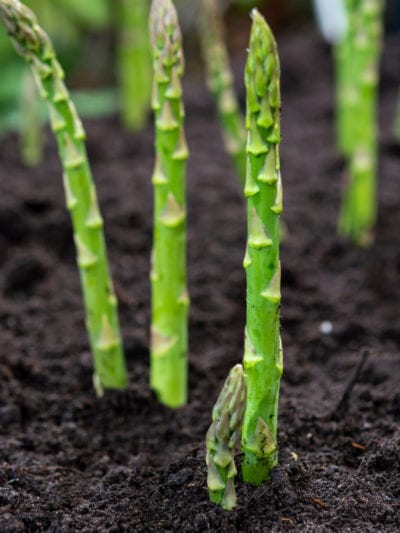 Asparagus rust disease is a common but extremely destructive plant disease that has affected asparagus crops around the world. Read on to learn more about asparagus rust control and treatment in your garden.

What is Asparagus Rust?

Asparagus rust is a fungal disease that attacks the bushy green tops of asparagus plants. If the disease is allowed to continue, the roots and crown of the plant are affected and the plant is severely weakened. As a result, asparagus spears are smaller and fewer in number.

Plants that are severely affected may die during hot and dry summer weather. Additionally, asparagus rust disease stresses plants, making them more susceptible to other plant diseases such as fusarium rot.

Asparagus rust spores live on plant residue during the winter and germinate in early spring. The disease is spread by wind and rain and spreads quickly during wet or foggy weather or damp, dewy mornings. Rusty orange spores on the feathery stem tops are the first sign of the disease and are evident during the summer.

Treating rust in asparagus involves some preventative measures. Here are some tips that will help with that as well as for managing plants once rust disease develops.

Cut back affected stems and tops. Clean up severely infected asparagus beds. Burn the debris or dispose of it safely away from the garden. Also, destroy any wild or volunteer asparagus plants that grow in the area, including plants found along fences or roadsides.

When harvesting asparagus, use a sharp knife to cut spears below the surface of the soil. This may help prevent asparagus rust disease from developing on the stubs.

After harvest, spray remaining stems and foliage with a fungicide spray or dust containing active ingredients such as mancozeb, myclobutanil, chlorothalonil, or tebuconazole, repeating every seven to ten days, or according to label directions. Keep in mind that some fungicides are best used as preventatives.

Water asparagus plants carefully, avoiding both over and under watering.

Plant asparagus in an area where prevailing winds provide good air circulation around the plants. Avoid crowding. Also, plant new asparagus in a location away from areas where infected plants grew.