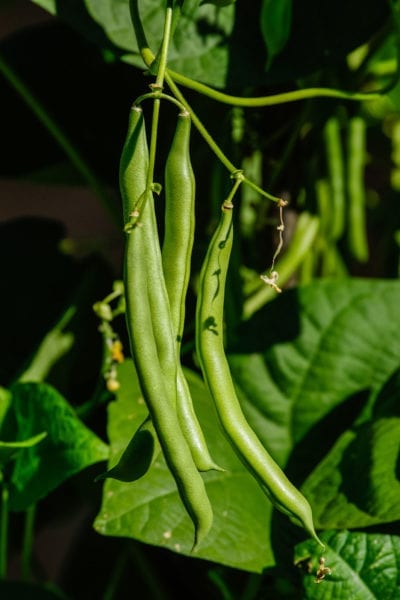 Bush beans are among the most popular additions to the home vegetable garden. Delicious bush beans are not only easy to grow, but are able to thrive when planted in succession. Both hybrid and open pollinated varieties offer growers a plethora of choices. Selecting beans that are well suited to your own growing region will help to ensure abundant harvests. One variety, ‘Bountiful’ bush bean, is especially prized for its vigor and dependability.

Dating back to the late 1800’s, Bountiful heirloom beans have been grown for their uniformity and ability to produce a profusion of pods. Maturing in as little as 45 days from planting, Bountiful bush beans are an excellent choice for both early and late season plantings in the vegetable garden.

Though somewhat lighter in color, Bountiful bush bean pods often reach 7 inches (17 cm.) in length over the course of an extended harvest period. Large harvests of stringless, robust pods make them ideal for canning or freezing.

Growing Bountiful green beans is similar to growing other green bean cultivars. The first step will be to obtain the seeds. Due to the popularity of this variety, it is likely that it can be easily found at local nurseries or garden centers. Next, growers will need to choose the best planting time. This can be done by determining the last frost date in your growing zone. Bountiful bush beans should not be planted into the garden until all chance of frost has passed in the spring.

To begin sowing Bountiful heirloom beans, prepare a weed-free garden bed that receives full sun. When planting beans, it is best that the large seeds are directly sown into the vegetable bed. Plant seeds according to the package instructions. After planting the seeds roughly 1 inch (2.5 cm.) deep, water the row thoroughly. For the best results, soil temperatures should be at least 70 degrees F. (21 C.). Bean seedlings should emerge from the soil within one week of planting.

When growing Bountiful green beans, it will be important that growers do not apply excess nitrogen. This will result in lush green bean plants that are large, yet set very few pods. Overfertilization, as well as a lack of consistent moisture, are among the most common reasons for disappointing yields of green bean pods.

Bountiful bush bean pods should be picked frequently to prolong the harvest. Pods can be harvested after reaching mature size, but before the seeds inside become too large. Overly mature pods become tough and fibrous, and may not be suitable for eating.