Tips For How To Grow Broccoli Rabe 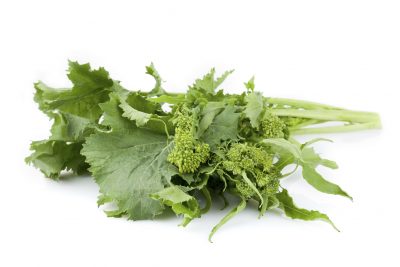 For something a little different in the garden, consider growing broccoli rabe. Read on to learn more.

What is Broccoli Rabe?

What is broccoli rabe (pronounced rob)? It’s a garden vegetable with a rap sheet as long as your arm. This bad boy is also known as broccoli raab, rapa, rapini, taitcat, and Italian turnip and in some parts of the world, it’s known as rape. Even in Latin, this villain plant can’t catch a break. Some botanists label it Brassica rapa and others Brassica ruvo.

What is broccoli rabe? By its name, this conman has led many a gardener to believe it’s related to that prince of the garden, broccoli, but in truth, they are only distant cousins. Rabe is more closely related to the lowly turnips and mustards, and like turnip and mustard, its leaves have a somewhat bitter taste. It’s quite popular in some areas of Italy, where it originated, but in other parts of the world, it’s considered only good food for barnyard stock.

What is broccoli rabe? Whatever it is, it’s easy to grow and worth a small patch in your vegetable garden. However, how to grow broccoli rabe properly seems to be another part of the mystery where this shady character is concerned.

How to Grow Broccoli Rabe

Broccoli rabe planting is easy and it grows quickly enough that it can be planted directly into the garden. Seed catalogues recommend planting the seeds about 4 inches (10 cm.) apart, but the seeds are so tiny, it’s next to impossible. Do your best and thin to 4 to 6 inches (10-15 cm.) when the seedlings are about. Don’t throw those thinnings away. Snip off the roots and add the washed seedlings to your other salad greens.

This veggie villain fools you once again with the names of his varieties of broccoli rabe. Planting such varieties as Quarantina (40 days), Sessantina (60 days), or Novantina (90 days) can cause trouble if you rely on their names. They all are ready for cutting well before the days they claim. When it comes to growing broccoli rabe, never believe those labels. All varieties should be cut just as the flower buds form. Waiting even a day can ruin your broccoli rabe growing season because this sneaky fellow tends to bolt overnight. A day or two can make the difference between a tasty treat and a dinner debacle.

While the stalks will store in your refrigerator for about ten days, for fresh from the garden flavor, plant only of few seeds every four or five days to prolong the harvest of your broccoli rabe. Planting in succession will give you enough for a meal without overloading your fridge. Recipes abound for cooking this versatile veggie.

One last note; don’t expect this slippery fellow’s seeds to breed true. They readily cross-pollinate with turnips, mustard (including wild varieties), and any other close cousins.