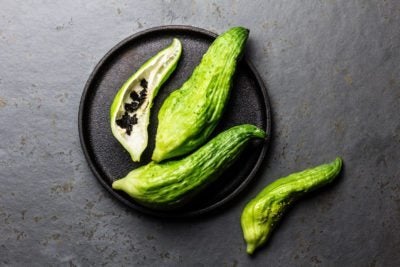 If you’ve grown cucumbers, watermelons, gourds, or another member of the cucurbit family, then you probably realized very quickly that there are numerous pests and diseases that can prevent you from reaping a heavy harvest. Certain cucurbits have a bad reputation for being fussy, high maintenance, and riddled with pests and disease. If you have been unsuccessful growing cucumbers, don’t give up on all cucurbits quite yet. Try growing achocha instead, a hardier cucumber substitute. What is achocha? Continue reading for the answer.

Achocha (Cyclanthera pedata), also known as caigua, caihua, korila, slipper gourd, wild cucumber, and stuffing cucumber, is a deciduous, vining edible in the cucurbit family. It is believed that achocha is native to certain regions of the Andes Mountains in Peru and Bolivia and was an important food crop to the Incas. However, achocha has been widely cultivated throughout South America, Central America, Mexico, and the Caribbean for hundreds of years, so its specific origin is unclear.

Achocha grows well in mountainous or hilly, humid, subtropical regions. In the United States, achocha grows very well in the Appalachian Mountains. It is a self-sowing annual vine, which has been considered a weedy pest in certain areas of Florida.

This fast-growing vine can reach a height of 6 to 7 feet (2 m.) tall. In spring, achocha leafs out with deep green, palmate foliage that can be mistaken for Japanese maple or cannabis. Its midsummer blooms are small, white-cream, and pretty unremarkable to humans, but pollinators love them.

After the short-lived bloom period, achocha vines produce a fruit that looks somewhat like a pepper in cucumber skin. This fruit is long, maturing to 4 to 6 inches (10-15 cm.) long, and tapers into a slight curve toward the end, giving it a “slipper” shape. The fruit is covered with soft cucumber like spines.

When harvested immature, at about 2 to 3 inches (5-8 cm.) long, the fruit is very much like a cucumber with soft, edible seeds surrounded by light, fleshy, crisp pulp. Immature achocha fruit is eaten fresh like cucumber. When the fruit is left to mature, it becomes hollow and the flat, irregularly shaped seeds grow hard and black.

The seeds of mature achocha fruit are removed and the mature fruits are served stuffed like peppers or fried, sautéed, or baked in other dishes. Immature fruit is described as tasting like cucumber, whereas the cooked mature fruit has a bell pepper flavor.

Achocha is an annual vine. It is usually grown from seed each year, but with 90 to 110 days to maturity, gardeners may need to start seeds indoors in early spring.

Although achocha is self-pollinating, two or more plants will produce better yields than just one. Since they are quick growing vines, a sturdy trellis, or arbor should be provided.

Achocha will grow in almost any soil type, provided it is well draining. In hot climates, achocha vines will need regular irrigation, as plants will go dormant when water is scarce. While they are tolerant of heat and some cold, achocha plants cannot handle frost or windy sites.

The plants, for the most part, are naturally resistant to pests and disease.