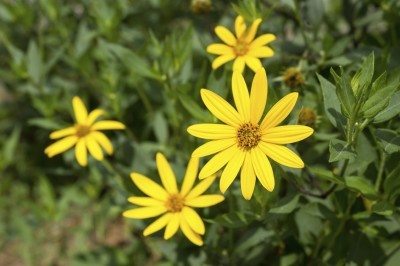 Although the sturdy underground tubers of Jerusalem artichoke are edible and highly nutritious, they make the plant extremely difficult to control. Each plant produces from 75 to 200 tubers in a single growing season, and each tuber is capable of sending out up to six shoots. It’s easy to understand how Jerusalem artichoke weeds create major headaches.

How to Control Jerusalem Artichokes

Jerusalem artichoke develops new shoots only on tubers formed the previous year. It may seem logical that Jerusalem artichoke weeds should be easily controlled by simply digging the tubers, but, unfortunately, things are not that simple because locating all of the tubers, which grow on long stolons, is nearly impossible.

A more effective way of managing Jerusalem artichoke weeds is to pull the young plants as soon as they emerge in spring– preferably when they are about 4 to 8 inches (10-20 cm.) tall. If you have a large patch of Jerusalem artichoke or if the plants are sprouting in your lawn, you can mow them down.

Either method works because new tubers are unable to develop without the above-ground shoots. However, total Jerusalem artichoke control requires you to be super vigilant and remove every single sprout.

If your intent is to grow a small patch of Jerusalem artichoke so you can harvest the tubers, the best way to manage the plant is to snip the blooms from the plants before they go to seed. The flowers are attractive and work well in bouquets, so no need for them to go to waste.

When you harvest the tubers in fall, be sure to dig up as many tubers as possible to keep growth in check.

Herbicides should always be a last resort. However, if you’ve tried everything or if the patch is too large to manage by hand, spray the plants with a broad-spectrum product. The herbicide should be applied on undisturbed plants in the fall.

Use the product only according to manufacturer recommendations. Store herbicides out of reach of children and pets.