Empty Pea Pods: Why Are There No Peas Inside Pods 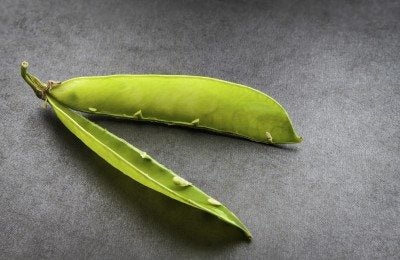 Love the fresh taste of sweet peas? If so, it’s likely that you’ve tried growing them yourself. One of the earliest crops, peas are prolific producers and generally fairly easy to grow. That said, they do have issues and one of them may be no peas inside pods or rather the appearance of empty pea pods. What could be the reason for no peas inside the pods?

Help, My Pea Pods are Empty!

The simplest and most likely explanation for empty pea pods is that they just aren’t yet mature. When you take a look at the pod, the maturing peas will be small. The peas plump up as the pod matures, so try giving the pods a few more days. Of course, there is a fine line here. Peas are better when young and tender; letting them mature too much may result in tough, starchy peas.

This is the case if you’re growing shelling peas, also called English peas or green peas. Another possible reason for pods that don’t produce peas, or at least any plump, full sized ones, is that you may have mistakenly planted a different variety. Peas come in the aforementioned English pea variety but also as edible podded peas, those which are grown to eat the pod in its entirety. These include the flat podded snow pea and the thick podded snap pea. It could be that in error you picked up the wrong pea starts. It’s a thought.

Final Thoughts on No Peas in Pod

Growing peas with completely empty pea pods is fairly unlikely. The appearance of flat pods with barely a swelling is more indicative of a snow pea. Even snap peas have noticeable peas in the pods. Snap peas can get quite large. I know this because I grow them every year and we get so many I invariably leave some on the vine. They get huge and I shell and snack on them. Snap peas are actually sweeter when they don’t get so mature and the pod is much tenderer, hence I discard the pod and munch on the peas.

Proper planting of your peas will also help prevent any issues of pods that don’t produce peas. Direct sow the pea in the ground in the early spring after all danger of frost has passed. Space them fairly close together — 1 to 2 inches (2.5-5 cm.) apart in the row since peas don’t need to be thinned once sprouted. Leave enough room between rows to facilitate picking, and install a support for vining varieties.

Feed the peas with a balanced fertilizer. Peas need phosphorous, but not nitrogen, as they produce their own. Pick peas frequently as they mature. Actually, shelling peas are at their peak before the peas have filled the pod to bursting. Snow peas will be fairly flat while snap peas will have distinct peas inside the pod albeit not very large.

This Old World crop has been cultivated for thousands of years. It was actually grown as a dried crop referred to as split peas until the late 17th century when someone realized how delicious the berries are when young, green, and sweet. At any rate, it is well worth the effort. Follow a few simple rules for planting, be patient, and make sure you are planting the variety of pea you are expecting to grow to avoid an issue of no peas inside pods.