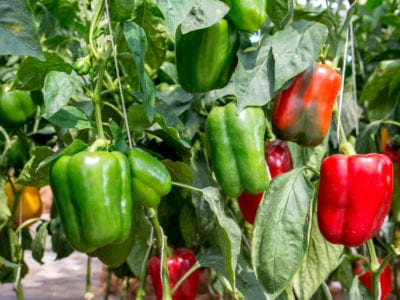 We all know that plants need sun to produce plant sugars or carbohydrates for food through photosynthesis. They also need the warmth the sun creates for best growth. However, even the most heat seeking plant can get too much of a good thing. Pepper sunscald is common when the plants are forming fruit in the late summer heat. Sunscald on pepper plants can cause the fruit to get woody and tough and ruin it cosmetically.

Sunscald on peppers occurs in the high heat of summer when humidity is at a peak. The pepper is not the only fruit affected. Tomatoes are also commonly scalded, and many tree fruits are also at risk.

Usually the foliage on the pepper plant will help shield it from the most intense rays of the sun, but in some cases, the leaves have defoliated partially due to insects or disease. This leaves the developing fruit vulnerable to the sun and the peppers burn just like you or I would in exposed conditions.

Effects of Sunscald on Peppers

Sunscald on pepper plants primarily affects the fruit, although the foliage may get white streaks and dry edges. The fruit will crack and split where the scald occurs. White scars of tougher tissue are formed at the burned sites. In immature peppers, the affected areas are light green.

The areas can also appear dry and sunken, however, the cracking can allow bacteria or fungi into the fruit. In these cases, the fruit will soften and the burnt areas will become rotten. Remove any fruit that has been affected before it gets soft and usually it is fine to use.

There are some pepper varieties that are resistant to sunscald. Planting these will reduce the chance that the peppers get damaged. Providing optimum pest control is another way to reduce the problem. Defoliation amplifies the sun’s effects. Watch for pests and begin a treatment program right away.

Fertilize with an organic fertilizer prior to fruit set and after fruit set for better leaf growth to shade the peppers. Preventing sunscald on pepper fruit may require mechanical intervention. Row covers or forms erected with shade cloth have the ability to deflect much of the intense light and protect the plants from pepper sunscald.

Most of the damage on sunscalded peppers is cosmetic and the fruit is perfectly good to eat. You may want to pare out the affected areas, especially where the fruit has gone mushy or is tough. Sometimes only the skin has been damaged and you can roast these peppers and pull off the skin.

The best thing to do is catch the problem early and apply whatever measure you choose to protect the rest of the crop. As vegetable garden problems go, however, sunscald on peppers is a relatively small issue and usually only results in ugly fruit.