Does Pruning Bell Peppers Help: How to Prune Pepper Plants 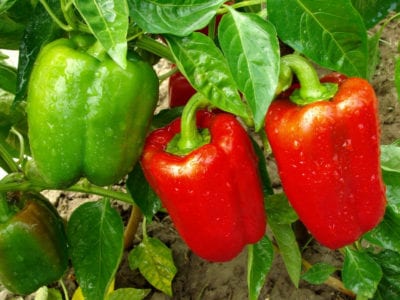 There are many theories and suggestions that float around the world of gardening. One of them is that pruning pepper plants will help to improve the yield on peppers. You may be wondering if pruning bell peppers in your garden can help your peppers give you more fruit. The answer to this is not a simple one. Let’s look at the idea of pruning bell peppers and see if it is sound.

First of all, we should make it clear that there are two ways for pruning bell peppers. The first way for pruning pepper plants is early season pruning and the second is late season pruning. We will look at the benefits of both of these.

When it comes to bell peppers, pruning at the beginning of the season, before the plant has set fruit, is supposed to help increase yield. The theory goes that the increased air circulation and better access of sunlight to the deeper parts of the plant will help it to grow more peppers.

That being said, the studies did find that if you prune peppers early in the season, the quality of the fruit was improved. So, pepper plant pruning is a tradeoff. You get slightly fewer fruit but those fruit will be bigger.

How to Prune Peppers Early in the Season

Early season pepper plant pruning shouldn’t be done until the plant is at least a foot (31 cm.) tall and can be stopped once fruit have set. Most pepper plants have an overall ‘Y’ shape and branches then create smaller and smaller Y’s off of the main stems. By the time the plant is a foot (31 cm.) tall, you will be able to see the strongest branches on the plant. Cut back any smaller branches, including any suckers. Suckers are branches growing from the crook where two other branches form a ‘Y.’

Be careful not to damage the main ‘Y’ of the plant, as this is the backbone of the plant. Damaging it will cause the plant to perform poorly.

How to Prune Peppers Late in the Season

A few weeks before first frost, trim back all the branches on the plant except for the branches that have fruit that have a chance of ripening before the end of the season. From the entire plant, carefully snip off the flowers and any fruit too small to have a chance to fully ripen before the frost. Pruning pepper plants this way will force the remaining energy in the plant to the remaining fruit.