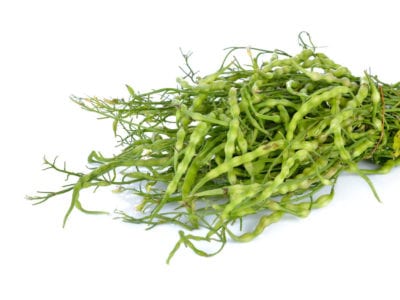 Radishes are one of the fastest-growing vegetable options for the garden. Many varieties have ready-to-eat swollen roots within four weeks. That is a mighty quick turnaround from seed to table. If you have ever left your radishes past their pull date and watched them flower though, you might be one of few to know they will form edible seed pods.

Can You Eat Radish Seed Pods?

Many gardeners didn’t leave their radishes unharvested on purpose but by happy accident. Imagine their surprise when snappy, green pods formed. Are radish seed pods edible? Not only are they edible, but you might also be surprised at how delicious they are.

Eating radish seed pods is an uncommon veggie option but it has signs of becoming a farmer’s market staple. There are actually some varieties of edible radish seeds that are grown specifically for their pods. They are called “rat-tailed” radishes due to the shape of the pods. These do not form edible roots, just tasty pods.

Any radish will form a pod though. They are slightly spicy but milder than the root. In India, the pods are called mogri or moongra and are featured in many Asian and European cuisines. Technically, the pods are siliques, a common feature among plants in the mustard family.

Really, the sky’s the limit and seed pods can be eaten raw in salads or quickly sautéed for a stir fry. They are also delicious as part of a crudité’s platter with your favorite dip. Another way of preparing the pods is pickled. For deep fry enthusiasts, they can be battered in Tempura and quickly fried as a crunchy snack.

The first known recipe featuring the pods appeared in a 1789 cookbook by John Farley called The London Art of Cookery. The pods were introduced widely at the 1866 International Horticultural Exhibit.

Just a few plants will produce prolifically so you don’t have to give up the spicy roots on all your crop. Edible radish seeds left too long become amazingly delicious pods. The pods get no longer than a pinkie finger.

Harvesting radish seed pods must be done when they are young and bright green, or they will be bitter and woody. Each is a crunchy, juicy, green delight. If the pod becomes lumpy, it will become pithy and the flavor is not as good.

Once washed and dried, the pods will last in the crisper for a week. If you want successive pods all the way into fall, sow seeds every few weeks.