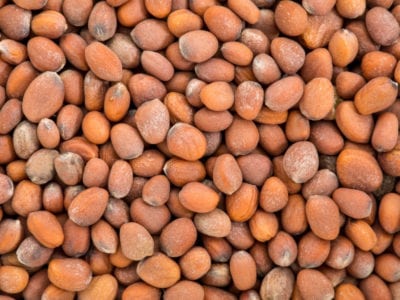 Have you ever forgotten a couple of radishes in the garden, only to discover them some weeks later with flourishing tops adorned with pods? Did you ever wonder if you could harvest radish seed pods?

Radishes are most commonly grown for their tasty roots, but did you know that radish seed pods are edible as well? They are not only edible, but truly delicious with a milder flavor than the root and an interesting crunch. Radish pods are simply the seed pods of a radish plant that has been allowed to flower and then go to seed.

There are actually some varieties of radish, such as ‘Rattail,’ that are specifically planted for cultivation of the seed pods, although all radish varieties form edible seed pods. The pods look remarkably similar to short pea pods or green beans. A newcomer on the North American food scene, radish seed pod info informs us that this delicacy is a commonplace snack in Germany where they are eaten raw with beer. They are called ‘moongre’ in India and added to stir fries with potatoes and spices.

Besides munching on these pungent pods, can you save seeds from radish seed pods? Yes, you can save seed from radishes. So, not only can you toss the radish root into a salad, snack on the delicious pods, but you can harvest radish seed pods as well. Oh yes, you can then compost the rest of the plant so not a stitch of it is wasted.

Radish seed saving requires nothing more than leaving the pods on the plants until they are brown and mostly dried. Keep an eye on them if the weather is turning wet so they don’t mildew. If this is looking imminent, I suggest abandoning the radish seed saving in lieu of harvesting the pods and eating them before they go bad.

Once the pods are browning, you can pull the entire plant up and upend it in a brown bag. Hang the bag with the plant seed dangling down into it and allow the seeds to mature naturally. Once they are completely mature, the pods pop open and the seeds drop into the bag. You can also allow seed pods to mature in a cool, dry area and then winnow or sift them to separate the seeds from the chaff.

Seeds will store for up to five years in a cool, dry area. Keep in mind that if you are collecting radish seeds from hybrid varieties, the chances of obtaining exact replicas of the parent plant in the successive planting season is nil as radishes cross pollinate readily. Regardless, the resulting radish will still be a radish. If you want to be a purest, select only those seeds from dedicated heirloom plantings.