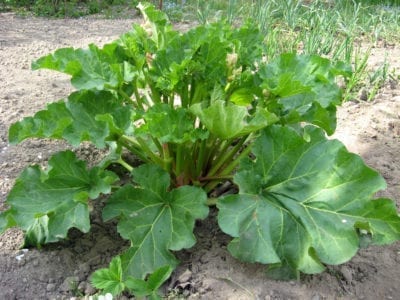 Rhubarb is not new to the world. It was cultivated in Asia several thousand years ago for medicinal purposes, but more recently is grown for eating. While red stalks on rhubarb are bright and attractive, green-stalk varieties are larger and more vigorous. One to try: Victoria rhubarb. For information about the rhubarb Victoria variety, including tips on how to grow Victoria rhubarb, read on.

Most gardeners today grow rhubarb for its tart, succulent leaf stalks. They are often used as “fruit” in pies, jams, and sauces.

Rhubarb is divided into two groups, one with red stalks and one with green. Victoria is among the most popular green-stalked varieties. Don’t be surprised to see red blush in the base of the stalks of the rhubarb Victoria variety as well.

You’ll find several hundred thousand heirloom vegetable varieties in commerce, but only a few are considered all-time greats. These are so high quality they are prized by gardeners everywhere. Victoria rhubarb plants are among them and considered the gold standard in rhubarb.

Those already engaged in Victoria rhubarb growing say that this species has large, fat stems, bright skin, and a wonderfully tart, apple-gooseberry flavor with just a touch of citrus. It is also noteworthy that Victoria rhubarb plants are not stringy at all.

If you are wondering exactly how to grow Victoria rhubarb, start your plants from roots or crowns. You can buy these online, through catalogs, or from your local garden store. As with all rhubarb, you’ll need to cultivate the soil first, adding manure, compost, and fertilizer to the soil for this heavy-feeding plant.

Since Victoria rhubarb plants are perennials, site them in an area where you aren’t likely to disturb them during summer growth or winter dormancy. They need a sunny spot with fertile, well-drained soil, clear of weeds, ideally with average summer temperatures of 75 degrees F. (24 C.).

Plant the roots when you see leaves starting to bud. The crown shouldn’t be more than a few inches (8 cm.) below the soil surface.

For best results with Victoria rhubarb growing, give your new plants deep waterings frequently and, twice a year, fertilize them with a balanced product.

When is the Victoria rhubarb ripe? You don’t have to worry about this. As of the third year, harvest rhubarb stalks when they are large enough to use and keep harvesting any sufficiently large stalks through summer. Note: Don’t eat the leaves, as they contain a toxic acid.