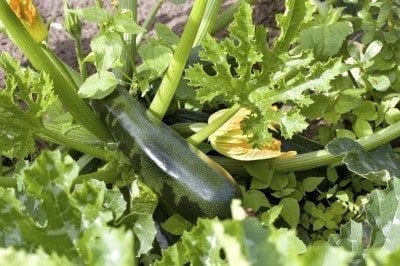 Squash, especially zucchini, is a popular garden veggie loved by many. But have you ever had squash that’s bitter tasting and, if so, is bitter squash edible? This article will help with that, as well as what causes bitter squash. I just planted six zucchini plants and I am well aware that I will be giving it away to strangers on the street, just to use it all. Hopefully, with my tender loving care, I won’t end up with squash that tastes bad. Read on to find out what causes bitter squash.

My Squash is Bitter Tasting

Actually, a bitter squash taste is a common problem found in zucchini as well as in cucumber. Both of these veggies are members of the Cucurbit family along with gourds, melons, pumpkins and other types of squash. Cucurbits contain a group of chemicals called cucubitacins. It is these cucurbitacins that are responsible for squash that is bitter tasting. The higher the levels of cucubitacin, the more bitter the squash will taste.

The most likely cause for a bitter taste in squash is due to an environmental stress of some sort, most likely a wide temperature flux or irregular irrigation. Either of these will create an excess of cucurbitacins to concentrate in the fruit. Extreme cold, heat, drought or too much irrigation, or even a lack of plant nutrients, excessive pest infestation or disease can all create these elevated levels of cucurbitacin in the squash resulting in a bitter flavor.

One other possible reason that your squash is bitter involves genetics and is especially true with regard to summer squash. Squash, as well as cucumber relatives, are basically weeds and easily cross pollinate with our garden domestic varieties. Saving seed can increase the likelihood of a potential cross pollination and resulting bitter flavor. It can also occur with purchased seed that may have been cross pollinated with wild cucurbits. Obviously, there would be no benefit to trying to solve a stressor to resolve the problem, as the bitterness is bred into the plant.

In wild cucurbits, the bitterness is a blessing. Many insects find the bitter flavor as repellent as we do and are, thus, less likely to snack on the plant.

If you can accurately identify the stress and correct it, you may be able to salvage the harvest. However, if the squash tastes bad and is extremely bitter already, you may want to pull it out and discard it, starting over the following year.

As to the edibility of bitter squash, eating them won’t likely kill you, although if the levels of cucurbitacin are really high, you may wish they had. Very bitter squash with a high level of this compound will cause severe stomach cramps and diarrhea which can last for several days. Only in extreme or rare cases has this led to death. It is fairly likely that you would not even entertain the notion of ingesting very bitter squash simply because of the nasty flavor. That said, to err on the side of caution, it may be best to simply toss out any extremely bitter tasting fruits.

You may, however, decide you want to use mildly bitter squash, which is okay. It helps to know that the bitter compound is more concentrated in the stem rather than in the blossom end of the squash. To reduce the bitter flavor, peel the squash, beginning at the blossom end, and discard a couple of inches of it at the stem end.