Is Eating Tendrils Safe – Learn How To Harvest Squash Tendrils 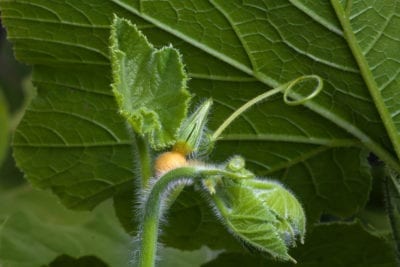 It’s really amazing how much of our produce we discard. Other cultures have more of a tendency to eat the entirety of their produce, meaning the leaves, stems, sometimes even roots, blossoms, and seeds of a crop. Consider squash, for example. Can you eat squash shoots? Yes, indeed. In fact, all pumpkin, zucchini, and squash tendrils are edible. Puts a whole new spin on how much our garden can feed us doesn’t it?

Perhaps you didn’t know that squash tendrils were edible, but did know that squash blossoms are edible. It doesn’t take much of a leap to figure that the tendrils might be tasty as well. They look much akin to pea shoots (delicious) albeit a bit firmer. All varieties of squash can be eaten, including zucchini and pumpkins.

Edible squash tendrils may have tiny bristles on them, which might be unpalatable to some, but rest assured that when they are cooked, the little spines soften up. If you are still averse to the texture, use a brush to rub them off prior to cooking.

How to Harvest Squash Tendrils

There’s no secret to harvesting squash tendrils. As anyone who has ever grown squash can attest, the vegetable is a prodigious producer. So much so that some people “prune” the vines to curtail not only the size of the vine but also the quantity of fruit. This is a perfect opportunity to try eating squash tendrils.

Also, while you are at it, harvest some squash leaves because, yep, they are also edible. In fact, many cultures grow pumpkins for just that reason and it is a staple of their diet. It isn’t just winter squash types that are edible either. Summer squash tendrils and leaves can be harvested and eaten as well. Simply snip the leaves or tendrils from the vine and then use immediately or refrigerate in a plastic bag for up to three days.

As to how to cook the tendrils and/or leaves? There are numerous options. A quick sauté in olive oil and garlic is probably easiest, finished off with a squeeze of fresh lemon. The greens and tendrils can be cooked and used just as you would other greens, such as spinach and kale, and the tendrils are a special treat in stir fries.