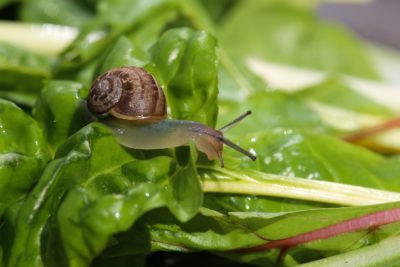 Swiss chard is a member of the beet family grown for its large, nutrient-rich leaves rather than its root. Delicious and high in iron, magnesium, and vitamin C, it is enjoyed not only by people but by bugs that attack it. If you’re desperate to save your plants, read on to find out about common Swiss chard insects and pests.

It isn’t just us who enjoy those delicious, nutritious leafy greens. Sometimes it seems like there’s no battling the insects for our produce. In order to control pests, it is important to learn to identify them. Bugs that attack Swiss chard, for example, are equal opportunists. Some, such as blister beetles, love the veggie, as do leaf miner larvae. Lygus bugs and their nymphs feed on the leaves and the buds of flowering plants.

Of course, it seems that aphids will eat anything, and Swiss chard is no exception. These small, soft-bodied insects feed on the underside of the leaves in droves, sucking the nutrients from them and leaving them curled and covered with honeydew.

Slugs also love to nibble on your greens as they sloth their way through the garden. Another beetle, the flea beetle, is a small, black beetle that feeds on seedlings, often killing them.

So with all these insects competing for our produce, what kind of Swiss chard pest control can be implemented before there’s none left for us?

In the case of controlling aphid pests on Swiss chard, the use of insecticidal soap or a strong stream of water to dislodge them should do the trick.

Slugs, or in my case snails as well, can be controlled by hand picking or with either pesticides or traps. Also, avoid drenching the area where the chard is growing; these guys love moist conditions.

Beetles can be controlled by hand picking or with insecticides at seeding or after the emergence of the seedlings.

Printer Friendly Version
Read more about Swiss Chard
<PreviousNext>
Did you find this helpful? Share it with your friends!
FacebookTweetPinEmail
Related Articles
Newest Articles
You might also like…
Additional Help & Information