Leaf Browning In Vegetable Plants: What Is Causing Brown Leaves On Vegetables? 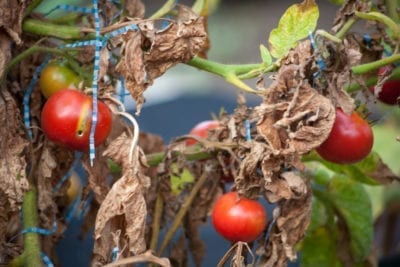 What is Causing Brown Leaves on Vegetables?

The symptom is obvious; now we need to diagnose what’s causing those brown leaves on your vegetables. If the entire garden has turned brown and died back, it’s highly unlikely the issue is disease since pathogens generally attack specific plants or families and not an entire garden.

Too much or too little irrigation may very well be at the root of the issue and is the simplest place to start with the easiest fix. All plants need water to grow, but too much of a good thing prevents oxygen from reaching the roots, resulting in vegetables with brown leaves and ending in death.

Improve the drainage of the soil by amending with organic matter and reduce your watering if the soil seems waterlogged. Also, water early in the day at the base of the plant, not the foliage, to deter any fungal diseases, which will surely turn to brown spotted leaves on veggies.

Similarly, inefficient watering or lack thereof, equals the same result: rapid wilting followed by the leaves turning brown on the vegetable plants due to their inability to photosynthesize.

The appearance of vegetables with brown leaves may also be due to over-fertilizing, which will affect the roots and stems. A buildup of salt in the soil prevents the plants from absorbing either water or nutrients and will eventually kill the plant.

Another culprit may be soil that is contaminated, often by petroleum-based products like gas or fuel runoff, salt runoff from the road, or other chemicals. Herbicide use may cause scorched leaves, turning brown around the leaf border and at the tip. You may need to have the soil tested to determine if this is a potential cause of vegetables with brown leaves.

There are some cases where the entire garden is afflicted with insect infestation, although more like only certain plants are attacked. Spider mites are common pests which are found on the underside of the leaves. The resulting damage is brown, scorched leaves that are dry and brittle to the touch.

Root maggots, as the name suggests, feast on root systems of a variety of veggies such as:

The adult root maggot is a fly that lays its eggs at the base of the plant where the larvae subsequently hatch and munch away on the roots. If you suspect insects may be at the root of your problem, the local agricultural office, master gardener’s association, or nursery may be able to assist with identification and a means of eradication.

Finally, leaf browning in vegetable plants may be caused by a disease, usually fungal in nature such as Alternari solani or early blight. Early blight develops when temps range between 75 and 85 degrees F. (14-29 C.) and appears as concentric bull’s eye blotching on foliage, which then turns yellow.