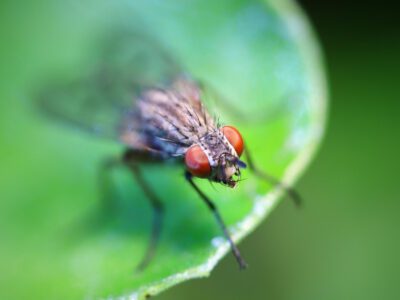 Root maggots can be a pain for any gardener who is trying to grow almost any kind of root vegetables or cole crops in their garden. While the root maggot fly is more of a problem in some parts of the country than others, they can affect almost any gardener. Knowing the symptoms of root maggots and control methods will help you keep this troublesome pest out of your garden.

Root maggots get their name from the fact that they attack the roots of root vegetables such as:

The root maggots are the larva of several species of root maggot flies. Despite the fact that they are of different species, however, the root maggots look the same and are treated and controlled the same. Root maggots are white and about ¼ of an inch (6 mm.) long. Often an infestation will not be spotted until after damage is done. Damage shows up in the form of holes or tunnels in the roots or tubers of the plant. In a heavy infestation, the plant itself may wilt or turn yellow.

While the damage to root crops by root maggots is unsightly, the parts of the root crop than have not been bored into by the root maggot can still be eaten. Simply cut away the damaged areas.

Chemicals can also be used as a root maggot treatment. Pesticides will only be effective during specific points in the growing season, as once the maggots have penetrated the root of the plant, it is difficult for chemicals to reach the pests. If you will be using pesticides for root maggot control, apply weekly during the first eight to ten weeks of spring.

As with many other pests, prevention of root maggots is much better than controlling root maggots. Make sure to regularly rotate crops that can be affected by root maggots, especially in beds where you have had problems with them in the past. Remove dead vegetation from the garden each fall and make sure to destroy (not compost) any plants that were infested with root maggots.

Also, if you find that you are having an ongoing problem with root maggots, consider cutting back on the amount of organic material you have in your garden soil, particularly manure. Root maggot flies prefer to lay eggs in soil that is high in organic material, especially manure based organic material.