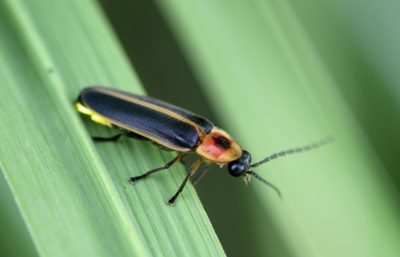 Lightning bugs in the garden are a visual treat for people who live near lightning bug habitats – primarily damp areas east of the Rocky Mountains. Attracting lightning bugs to your garden is definitely a good thing to do, as unlike many other less desirable bugs, these beneficial insects don’t bite, they aren’t poisonous, and they carry no diseases. Even better, most species are predatory, feeding on the larvae of insect pests, as well as on slugs and snails.

The bad news is that fireflies are disappearing all over the world. Their diminishing numbers are due to use of toxic chemicals, destruction of wetlands, urban sprawl, clearing of forests, and light pollution. Are you interested in discovering ways to attract lightning bugs? Just keep reading to find out how to get lightning bugs in your yard.

Fireflies are nocturnal insects. Despite the name, they aren’t flies, but rather a type of winged beetle. The light produced by fireflies is a chemical reaction used to signal members of the opposite sex. Each firefly species has its own distinctive flash patterns. Sometimes, they even blink in unison!

The glow of firefly larvae (glowworms) serves a different purpose by frightening away potential predators. Fireflies are reportedly extremely nasty tasting and some species may be poisonous.

How to Get Lightning Bugs in Your Yard

It may be fun to catch lightning bugs in glass jars, but you’ll be doing them a huge favor if you allow them to complete their entire life cycle undisturbed. Learn about natural ways of controlling insects and weeds. Chemical pesticides and herbicides are partly to blame for the bugs’ diminishing numbers.

Switch to natural fertilizers, such as manure or fish emulsion. Chemical fertilizers can harm fireflies and other beneficial insects.

Allow your lawn to grow a bit longer. If possible, leave a few areas unmowed, as perfectly manicured lawns aren’t good firefly habitat. Fireflies remain on the ground during the day – usually in long grass or shrubbery.

Keep the environment around your house as dark as possible, as lights interfere with light signals and makes the firefly’s lights difficult for potential mates to see. Close your curtains or blinds at night. Turn off outside lights.

Plant groundcovers or low-growing plants, which keep the ground moist and shady. Don’t be in a hurry to rake up leaves, as fallen plant debris creates an effective firefly habitat. Debris also harbors worms, slugs and other pests that fireflies feed on.