Centipedes And Millipedes: Tips On Millipede And Centipede Treatment Outdoors 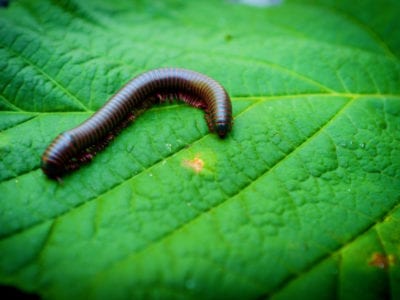 Millipedes and centipedes are two of the most popular insects to be confused with one another. Many people freak out upon seeing either millipedes or centipedes in gardens, not realizing that both can actually be helpful.

Millipedes generally move much slower than centipedes and break down dead plant material in the garden. Centipedes are predators and will eat insects that do not belong in your garden. Both like damp areas and can prove to be beneficial in the garden, as long as their numbers are controlled.

How to Control Garden Millipedes

It is possible for millipedes to damage your garden area if they become too populous. Although they generally feed on decomposing organic material, millipedes can turn to eat plant matter including leaves, stems, and roots. And although they do not bite, they can secrete a fluid that can irritate the skin and can cause an allergic reaction in some people.

If you have an overabundance of millipedes in the garden, remove anything where moisture can collect. If you keep the area as dry as possible, their numbers should decrease. There are also several types of garden baits that contain carbaryl, which is often used to control millipedes that have gotten out of control in the garden. Only resort to pesticides when absolutely necessary, however.

Control for Centipedes in Gardens

Centipedes are more active than millipedes and feed on small insects and spiders, using poison to paralyze their victims. However, their jaws are too weak to cause much damage to humans other than a little swelling, such as with a bee sting.

Like the millipedes, centipedes like moist environments, so removing leaf litter or other items where moisture collects will help eliminate their numbers. Centipede treatment outdoors shouldn’t necessarily be a concern; however, if it is needed, removing debris that they may hide under will help keep them from hanging around.

Don’t fret if you see a few centipedes and millipedes in your garden area — better here than in your home. Only take measures to control them if you think their population is out of control. Otherwise, take advantage of the fact that centipedes are just another way to keep the population of destructive pests under control.